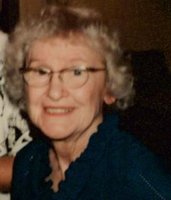 Evelyn H. Fehling, age 96, formerly of 424 S. Summit Street, Iowa City, died Monday, January 3, 2005, at the Sunrise Assisted Living Residence in Glen Ellyn, Illinois. Funeral services will be held at 1:30 p.m., Monday, January 10, 2005, at the Congregational United Church of Christ in Iowa City with the Reverend Bruce W. Fischer officiating. Burial will be at the Oakland Cemetery in Iowa City. Visitation will be from 9  11 a.m., Monday at Gay & Ciha Funeral and Cremation Service in Iowa City. Memorial donations can be made in her memory to the Congregational United Church of Christ or the Iowa City Senior Center. Online condolences may be sent for her family through our website @www.gayandciha.com. Evelyn was born March 2, 1908, in Northfield, Minnesota, the daughter of Dorrance S. and Mabel B. (Keist) White. Following graduation from high school, she enrolled and later graduated from the University of Michigan with her B.A. Degree in Classical Language in 1930. Prior to her marriage to Fred Fehling in 1936, she was associated with the State University of Iowa in the Education Department. She has been a resident of Iowa City since 1931 until moving to be near her daughters in Illinois in 1999. She was an active member of numerous organizations and groups throughout the years, including A.A.W, Y.M.C.A., the Democratic Party, and Goodwill Auxiliary Quilting Group. Evelyn was a longtime member of the Congregational United Church of Christ in Iowa City. Her family includes two daughters, Victoria Mayne and her husband, Joseph of Evanston, IL, and Fox Fehling of Glen Ellyn, IL; two granddaughters, Elizabeth and Diana Mayne; and her brother-in-law, Robert Bruce of Millbrae, CA. She was preceded in death by her husband, sister, Roberta Bruce, and her brother, George L. White. Gay & Ciha Funeral and Cremation Service is caring for Evelyns family and her services.