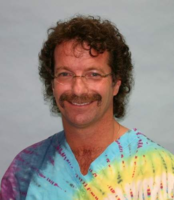 Bradford J. Stiles, 62, of Iowa City, passed away from injuries sustained in an accident in rural Iowa County on Saturday, Nov. 2, 2019.

Brad was born on Sept. 4, 1957, in Garden City, N.Y., and was raised in Smithtown, N.Y., by his parents, Jay and Lucy Stiles. He also lived briefly in Hawaii with his sister Jeanne, brother-in-law Bill, and nephew Jesse. Brad began dating Tricia Law in 1974, when they were seniors in high school. They wed in Smithtown, N.Y., on July 29, 1979.

Brad received degrees from Suffolk Community College and Stony Brook University, where he earned his Bachelor’s in Biology. He was admitted into dental school at the University of Iowa in 1980, and graduated with his DDS in 1984. Upon graduating, Brad briefly moved back to Long Island for a General Practice Residency at Stony Brook before returning to Iowa City with his family, where he spent the remainder of his life. As an avid lifelong learner, Brad frequently attended Continuing Education seminars throughout the country and became a member of various dental implant groups.

In 1986, Brad opened River City Dental Care, which was originally located on South Clinton Street. As his practice continued to grow, River City Dental Care relocated to Pepperwood Plaza in 1996, and then again in 2000 to its current location at 1950 Lower Muscatine Road. Brad owned River City Dental Care up through the end of 2014 when he sold the practice; he continued to work there, providing “Smiles by Stiles,” until retiring in 2018. Throughout his years of dentistry, Brad had a knack for putting all of his patients at ease, making sure they received the best quality care, and treating his staff as family.

Outside of work, Brad’s passions included philanthropy, music, nature, and being around his family, close friends, and pets. He had a great sense of humor and loved to make people laugh. He loved to talk and share his vast wealth of information on every topic under the sun. When it came to life, Brad’s philosophy was “More is better.”

Known for his generosity, Brad sponsored numerous public service announcements that ran on TV and radio over the years. He loved to sponsor community events where local Iowa City musicians and artists were featured. Being able to give back was something extremely important to Brad. He was a member of the Board of Directors for the Arc of Johnson County, and was recognized with a Human Rights Award in 1998. Brad co-founded the Iowa City Free Dental Clinic, where he served on the board and continued to volunteer all the way up through the final weeks and days of his life.

Music was very important to Brad. Among his favorite bands were The Grateful Dead and New Riders of the Purple Sage. Brad also enjoyed listening to many of the local artists in town, whether it was Bluegrass Night at The Mill, or the Friday Night Concert Series in the Ped Mall. He had a love for tie-dye and wore it all the time, whether it was a bandana on his head, or his dental scrubs.

Brad loved to garden, and to grow plants and vegetables in his greenhouse. If he wasn’t performing dental work on a patient, chances were he was doing some type of outdoor work. In 1998, Brad and Tricia purchased property near Marengo, Iowa, which included a cabin where he spent the majority of his free time. The day before his death, they completed building a house on the property that was to be a future retirement home and family legacy.

A celebration of Brad’s life with family and friends will be held on Friday, Nov. 8, 2019, from 4-7 p.m. at Gay & Ciha Funeral and Cremation Service. Private family services will be held at a later date. In lieu of flowers, memorial donations can be made in his memory to the Iowa City Free Dental Clinic.