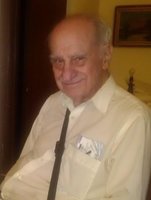 Daniel H. Hug, 93 longtime resident of Coralville died Sunday, September 27, 2020, at the University of Iowa Hospitals and Clinics. Private family services will be held at 11:00 am on Friday, October 9, 2020, at the Coralville United Methodist Church, with burial to follow at the Oak Hill Cemetery in Coralville. Visitation for family and friends will be from 4 to 7 pm Thursday at Gay & Ciha Funeral and Cremation Service in Iowa City. Dan’s service will be live streamed on Friday morning. To view please search “Remembering Daniel Hug” on Facebook and request to join the group. In lieu of flowers, memorial donations can be made to NAMI of Johnson County. To share a thought, memory or condolence please visit the funeral home website @ www.gayandciha.com. Daniel Hartz Hug was born April 9, 1927, in Davenport, Iowa the son of Richard and Nellie (Hartz) Hug. Following graduation from high school he was drafted into the Navy but the WWII had ended before he deployed. He earned a B.S. and Ph.D. in bacteriology (which fascinated him as a child), from Iowa State University and did a postdoc at the University of Illinois. He conducted research at the Iowa City VA Hospital for nearly 50 years and taught the world that UV light suppresses the immune system via urocanic acid among other discoveries. In his youth he earned the rank of Eagle Scout, and later played the drums for the ISU marching band. Dan was united in marriage to Phyllis Maynard on June 10, 1950 in Ames. The couple moved to Iowa City in 1958, and in 1963 to their home on fifth street in Coralville where they have continued to live. Dan enjoyed birdwatching, ballroom dancing with Phyllis, and family vacations often to national parks which always meant plenty of hiking and camping. He was a caring, loving father who taught his children an appreciation of and respect for nature. He was a strong member of the Coralville United Methodist Church and Johnson County Chapter of the National Alliance on Mental Illness (NAMI) having served as its president. His family includes his wife of 70 years, Phyllis; their children, Carolyn Thoman, Nancy Montier (William), Gary Hug, Richard Hug (Rona), Andrew Hug (Cherrie) and Linda Hug; grandchildren, Jeremy, Jennifer, Andrea, Billy, Stephanie, Stacy, Miranda, and Caitlin; great-grandchildren, Annabelle, Levi, Sophia, Tiara, Timia and Daniel. Dan was preceded in death by his parents, and brother David Hug. “Social distancing standards will be in place along with the expectation of all in attendance will be expected to wear a mask. If you arrive without one will be provided to you by the funeral home. Thank you for supporting Daniel's family with your presence and being conscientious in doing so.”