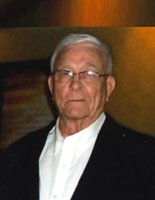 Robert “Bob” D. Allen lifetime area resident of the Iowa City area died Saturday, January 9, 2021. A time of visitation for family and friends will be held on Tuesday from 4 to 7 pm at Gay & Ciha Funeral and Cremation Service. At 6:30 Tuesday evening a IOOF memorial service will be held. Private family graveside service will be held at 11am Wednesday at the North Scott Cemetery in rural Iowa City. The services will be livestreamed for friends and extended family. Please share your support and memories with Bob’s family and find a link to the livestream details on his Livestream Link at www.gayandciha.com under obituaries. Robert Dwayne Allen was born May 6, 1935, in Wellman, Iowa the son of William and Dorothy (Thompson) Allen. He graduated from Mid Prairie High School where he lettered in football as their quarterback. He married Margaret “Peg” Douglass on March 13, 1955, in West Branch, Iowa. For a number of years Bob worked at Amana Refrigeration before beginning a long career with McGurk-Meyers Motors formerly in Coralville. Bob was an IOOF and Eagles member, a bowler on numerous leagues over the years, and avid Iowa Hawkeye Fan, especially when it came to wrestling and also many thought that he was Hayden Fry, they could have been twins. In retirement he enjoyed being outside on his tractor, feeding the birds and cats, though not the birds to the cats! But most of all he loved his family and friends. His family includes his son and wife, Don and Teri Allen; 4 grandchildren, Kelly Vrana (Ryan), Cassie Allen (Kris Hansen), Carly Allen and Tom Allen; 5 great-grandchildren, Ava, Drew, Kalynn, Kylee and Cameryn; Bob’s sister, Rose Shettler; 2 step-grandchildren, Heather Liberio Brown (Justin) and Nicole Liberio; 2 step-great-grandchildren, Gavin and Gianna and his 3 nieces and a nephew, Becky Shettler Vettel (Dale), Holly Shettler Warner (Keith), Patty Shettler Lill (Kevin) and Phillip Shettler (Alicia). Bob was preceded in death by his parents, wife, Peg; brother-in-law, Don Shettler; sister-in-law and brother-in-law, Mary Ann and Tom Harris.