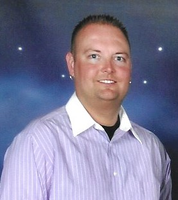 Clint Esbenshade, age 40, of North Liberty, Iowa, passed away April 18, 2021, after a courageous fight with cancer. Clint was born March 27, 1981 in Ashland, Ohio, the beloved son of Cheryl (Joe) Parrish. Surviving Clint are his brothers, Jeremy (Ashley) Parrish and Justin (Rick Scott) Parrish; grandmother, Beverly Esbenshade, grandfather, Errett Parrish; nephews, Jameson and Andrew Parrish; numerous aunts, uncles, cousins that were special to him, as well as many great friends. Clint grew up in the northern Ohio area and went to the University of Mount Union in Alliance, Ohio where he majored in Political Science. His Sigma Nu fraternity brothers from university meant the world to him, and they built lifelong friendships that they maintained until his passing. Clint loved sports, rooting on the Cleveland professional sports teams and the Michigan Wolverines. He also loved golfing in his free time. Clint eventually moved to Iowa, where he worked as a Supervisor at United Parcel Service. He was a kind and caring man who will be missed by all who knew him. Clint’s family have arranged for a simple cremation in accordance with his wishes. A celebration of life will be held in Clint’s honor on Thursday, April 29th from 5 to 7pm in the lower level of St Burch Tavern, 127 Iowa Ave., Iowa City. An additional service is being planned in Ohio. In lieu of flowers, memorial contributions are suggested to either Iowa City Hospice (https://iowacityhospice.org/) or to Ponery Orphanage c/o Sigma Nu Beta lota - 1020 Overlook Dr., Alliance, Ohio 44601 (an orphanage in Russia that Clint’s fraternity regularly donates to.) Please continue to keep the family in your thoughts and prayers during this difficult time.