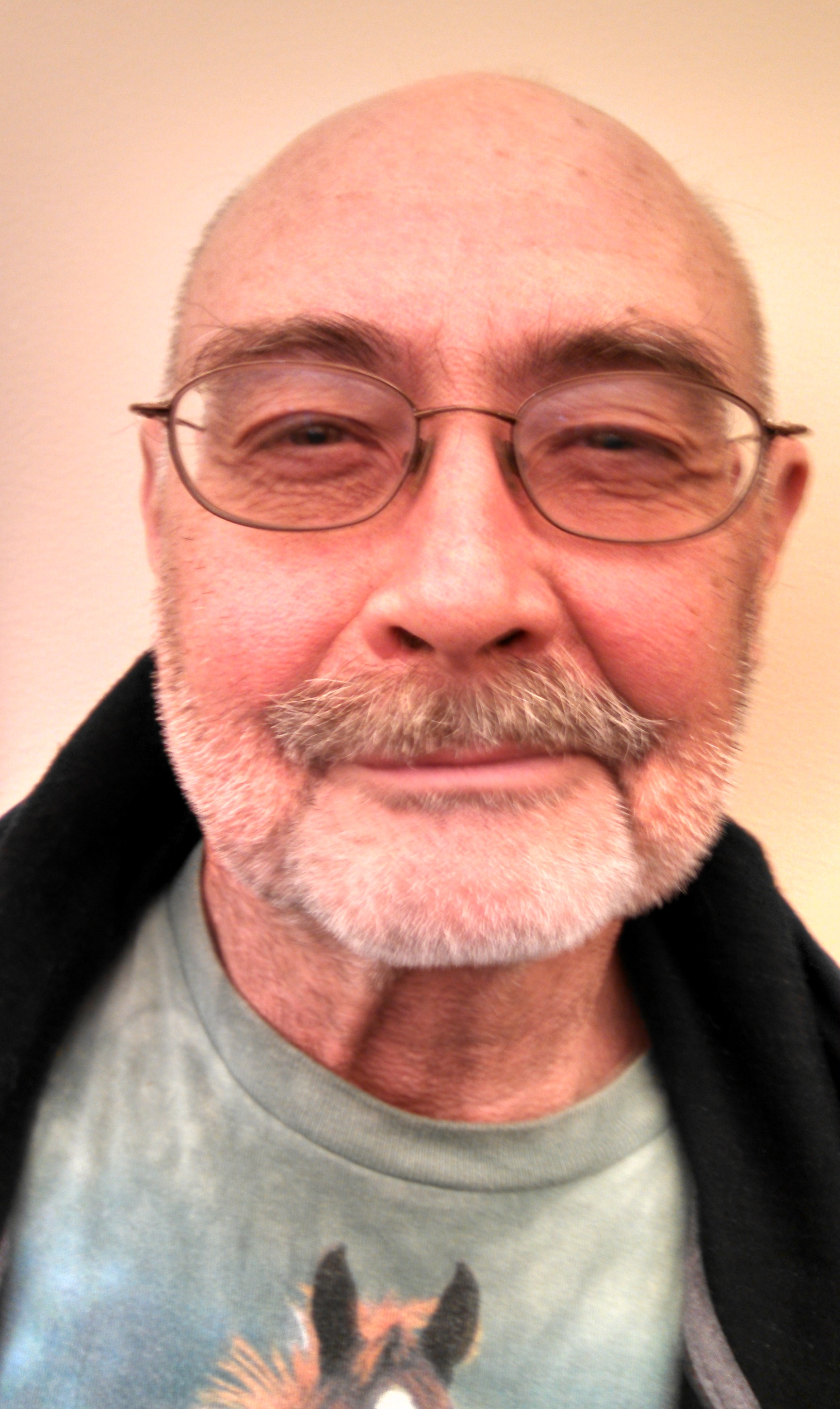 Fred C. Parks, 74, of Grimes, died Wednesday, August, 25, 2021, of a heart attack at Iowa Methodist Medical Center. A burial service will be held at 1 pm on Saturday, November 13, 2021 at Oakland Cemetery in Solon, Iowa, with Chaplain Doug Thompson officiating. Military rites will be provided by the Solon American Legion. A celebration of life luncheon will be held at the Fraternal Order of Eagles in Iowa City, Iowa, following the burial service. In lieu of flowers, donations to the Solon American Legion – Flag Fund are preferred and may be sent directly to the Legion or placed in sympathy cards to be collected at the celebration of life luncheon. Fred was born June 21, 1947, in Iowa City, the son of Fred and Ella (See) Parks. He served in the Army in Germany as a Specialist 5th Class (SP5) during Vietnam performing crypto security. He underwent German language and voice interceptor training during that time. During his service, Fred received the National Defense Service Medal and the Army Occupational Medal (Berlin). He also earned not only a parachute badge but also a German parachute badge. Though very private about the nature of his service, Fred was very proud to be a veteran and to have served his country. Fred began working in the moving business after he left the service at Bekins Van Lines in Coralville. Several years later, he started his own moving business, Parks Moving & Storage, in Knoxville, Iowa, which he owned and operated for 30 years. He later worked for a variety of trucking companies after which he found his niche working for Lowe’s for the last 5 years of his life. Fred was very interested in nutrition and health. In part because of this, he was an enthusiastic pescatarian for over 30 years though he did enjoy the occasional elk or buffalo burger. He liked to encourage people to eat healthy but always respected their dietary differences. Fred was a very active person all his life. He didn’t like to stop moving or slow down. Fred enjoyed playing volleyball. He also enjoyed skiing in Colorado but decided to give it up because of his concern that it might lead to an injury which could interfere with his livelihood. Fred enjoyed off-roading with his brothers when he was younger and, later in life, off-roading in his H1 Hummer in Colorado. In his early life, Fred enjoyed spending a lot of time hunting, fishing, and camping with his brothers. He was very close to his sister, Marilyn, as was evident by how much he loved to tease her as well as confide in her. Fred was extremely close to his Grandma See and spent many summers helping her when he was young. She taught him much about cooking, nature, and life in general and had a great impact on his life. Fred and his daughter, Christy, were also very close. He enjoyed sharing his many life stories and his years of wisdom with her. They enjoyed spending quality time together chatting from mid-morning until late into the evening many times on his visits. Christy loved her dad and took great care of him, even bringing him semi-up-to-date in the world of computer technology toward the last year of his life. Fred was known for having a good heart and helping people out—even complete strangers—whenever they needed it and never needing the credit for having done so. He treated everyone the same regardless of race, religion, or creed. He enjoyed teasing people, and he gave as good as he got. He was also a person in whom one could confide their deepest secrets knowing that those secrets would go no further. He is survived by his two children; Christy Inestroza and her husband Alex of Coralville, Iowa, and his son of Oskaloosa, Iowa; Four siblings; Marilyn Coulter and her husband Tom of Iowa City, Iowa, Daryl Parks and his wife Fran of Antlers, Oklahoma, Craig Parks of Cedar Rapids, Iowa, and Kirk Parks and his wife Nancy of Iowa City, Iowa; Three grandchildren of Oskaloosa, Iowa; Three nephews and one niece; Robert Box of Cedar Rapids, Tom Coulter of Coralville, Tim Parks and wife Kim of Bothell, Washington, and Debra Maier of Solon; Thirteen grandnephews and grandnieces; Gilbert, Dalton, Stone, Kaitlyn, Jessica, Victoria, Samantha, Alexandria, Emma, Violet, Elanor, and Adelaide. Fred was preceded in death by his parents, his brother Kent William, one grandniece Cassandra Lea Huff, and his sister-in-law Gaylinn. On-line condolences may be directed to www.GayAndCiha.com.