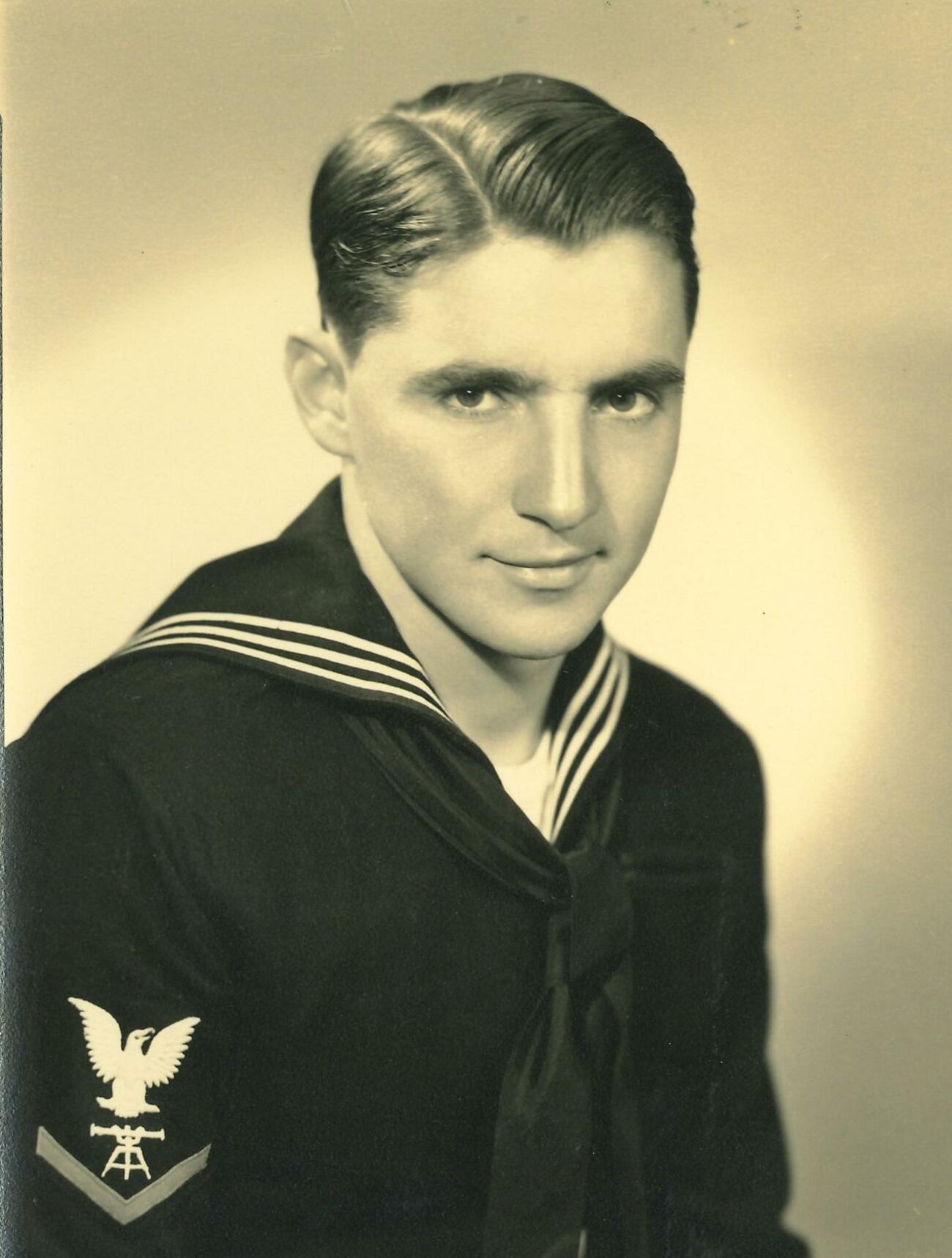 Raymond “Ray” Matthew Reiland passed away peacefully with family members present on Sunday morning February 13th at Legacy Gardens in Iowa City, Iowa. He was only ten days short of his 100th birthday.. Ray was possibly the last Pearl Harbor survivor in Iowa. How he became an Iowa resident is an incredible story. Ray’s family will receive guests at Gay and Ciha Funeral and Cremation on Thursday, February 17, from 10-11 am, followed by a memorial service at 11 am, also at the funeral home. Ray will be laid to rest with military honors at the English River Church of Brethren Cemetery (29252 137th Street, South English, IA) at 2 pm. Ray was born as the fifth child to Salier and Elizabeth on February 23, 1922 in Fair Acres, New Mexico. When he was just nine months old, his mother had a heart attack and died while at the dentist. His grief-stricken father, left with four children to raise, brought the baby along with his wife’s body to Iowa City to be buried. Ray was given to his aunt Bertha and uncle Bohmuil Patrick to raise on Davenport Street across from St. Wenceslaus Church. When Ray started school he attended St. Mary’s of the Visitation, a private Catholic school. He graduated from St. Mary’s High School in June of 1940. After war developed in the summer of 1940, he enlisted in the Navy on Dec. 18,1940. He was assigned to the USS Raleigh. Ray carefully put on his dress whites to go to Sunday Mass on base at Hickam Field. The Hawaiian sun danced off his black shoes shined to perfection with a drop of after shave and buffed with a linen handkerchief. He planned to go to a 9 AM mass, then see a movie in Honolulu. A few minutes before 8 he saw a low flying plane flying from the northwest. Within seconds Raymond recognized the blazing red rising sun on the wings of the Japanese torpedo bomber. The blue sky was filled with hundreds of planes. The Raleigh shook under his feet as its portside was hit by a torpedo, Water and fish were everywhere. What he remembered most was not watching Japanese planes bomb ships and the airfield, but watching sailors swim for the safety of Ford island. By the end of the day, the United States had suffered 2403 dead, 1177 on the Arizona alone, 188 planes destroyed, and 14 ships sunk or damaged. Two days after the attack Ray saw a sailor’s body floating face down, bobbing in the water beside his ship. He asked himself why did that happen to him and not me? After the Japanese surrendered on Sept. 2, 1945, he became engaged to Ginger Kron whom he had met at St. Wenceslaus. They married on Dec. 30th, 1946. Their marriage was blessed with six children, Paul, Thomas, Richard, MaryBeth, Ann and Michael. Ginger and Raymond split ways in 1973, as Ginger asked for a divorce much to Raymond’s grief. He eventually met Catherine Dorsam while working at the University of Iowa as an electrician in the chemistry department. They fell in love and married in February 1978. They shared their lovely, large families with each other, as well as many hobbies: bridge, square and ballroom dancing, photography and many miles on the open road, exploring this beautiful country in their RV. Ray’s family include his children; Paul (Debbie), Thomas (Karla), Richard, Ann (Jim) Stainbrook, Michael (Karen); grandchildren, Kimberlee, Joanne, Jaime, Jeremy, Melissa, James, Keith, Ashlen, Matthew, Megan and Joseph; great grandchildren, Alaina, Averie, Ayden, Kiera, Ian, Maitland, Owen, Evelyn, Dagney, Huxley, Carter and Grace; step-children, Sandra (Keith) Nykerk, John (Barb) Dorsam and their families. Preceded in death by his wife, Catherine; daughter, MaryBeth; grandchildren, James Stainbrook and Joseph Reiland; his siblings and parents. In lieu of flowers, memorial contributions are suggested to the Reiland Memorial Fund. Please continue to keep Ray's family in your thoughts and prayers during this difficult time.