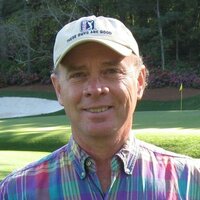 David Laine Spencer of Rolfe, Iowa passed away with grace and dignity of sarcoma at the University of Iowa Hospital in Iowa City at the age of 67. Born on December 3, 1954 to Donald and Betty (Rubel) Spencer, he was baptized and confirmed at the United Methodist Church in Rolfe. Growing up on an acreage north of Rolfe, one of his favorite memories was playing outdoors with the nearby Beckord and Nelson neighbor boys. He graduated from Rolfe Community School in 1973. Dave attended Buena Vista University in Storm Lake and Westmar College in Le Mars, graduating in 1977, majoring in Economics and Business Management. His life centered around athletics from his youth through adulthood. In middle and high school he participated in every sport and played on the baseball team all 4 years in college. Dave enjoyed golfing especially at the Rolfe and Alta courses, and an occasional tennis game. Dave extended his original plans to retire two extra years through the Covid-19 pandemic. Around the first of the year of 2022, he retired after 37 years as a town carrier for the US Post Office in Storm Lake. He often filled in at the Ft. Dodge PO on his days off. At the time of his retirement he said he figured he had walked around the earth 3 times and worn out 74 pairs of shoes. Before being employed at the PO, he enjoyed working outside for Bush Excavating of Plover, IA. Family vacations growing up were taken over Christmas to Tucson, Arizona and in the summer to attend Twins and Cubs baseball games. He enjoyed taking his great-nephews to Twins games and had tickets for them to attend the Prince night together on the day he died. His annual vacations in recent years were spent attending the Final 4 NCAA games. From there, he always headed to observe the Masters Tournament. He also attended a handful of Super Bowl games. Collecting autographs of sports players was a passion of Dave's, especially at the Masters. He never quite got over the fact that it was his sister, Sandy, who snagged his most treasured autograph, that of Mickey Mantle. He was preceded in death by his parents, Don and Betty Spencer; grandparents, Roy and Minnie Rubel of Laurens and Harry and Muriel Spencer of Rolfe. Surviving family are his sister, Sandra (Dean Behrendsen) of Gilmore City; niece, Amy (Bryan Laible) and great nephews, Caden and Casey of Farmington, MN; niece, Leah (Patrick Allen) of Iowa City; as well as aunts and numerous cousins. Dave was an organ donor. Family graveside rites will be held at a later date. To share a thought, memory or condolence with his family please visit Gay and Ciha Funeral and Cremation website @ www.gayandciha.com.