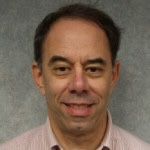 Dr. John M. Weiler, 77, of Iowa City, IA, died on September 7, 2022. A Celebration of Life of life for John will be held October 8, 1 pm at St. Andrew Presbyterian Church (140 Gathering Place Lane, Iowa City). Light refreshments will follow his service on the lawn of the church. John was born in Erie, Pennsylvania on March 19, 1945. He received his undergraduate degree in Zoology from the University of Michigan in 1967. He graduated from Temple University with his medical degree in 1971 and then served his residency at Indiana University. He met his future wife Kay there, who was a nursing student at the time. John and Kay Weiler married on December 23, 1971. They then moved to Wisconsin where he practiced Medicine as a member of the US Public Health Service Corps for his military commitment. After a serious house fire, the Weilers transferred to Washington, DC. There John worked for the National Institutes of Health in the National Heart, Lung and Blood Institute. Next John and Kay moved to Kansas City so John could continue his medical residency at the University of Kansas Medical Center. To begin his professional research program John joined an immunology research laboratory with Dr. Frank Austen at the Peter Bent Brigham Hospital at Harvard in Boston Massachusetts. Finally, John and Kay moved to Iowa City in 1977 where John began working as a professor and staff physician at the University of Iowa Hospitals and Clinics and the Veterans Administration. John retired as a professor after 25 years of specializing in Allergy and Immunology. During his tenure at the UIHC John also had a keen interest in sports medicine. He served as the team physician for the Iowa Women's Soccer team and for many years providing medical care to numerous athletes in Hawkeye tennis, football, basketball and wrestling. John also served as the lead physician for the first aid station at many home football and basketball games. After his retirement from the College of Medicine, John earned an MBA from the University of Iowa. Throughout his career John focused on research of emerging and generic forms of respiratory medications. He founded Iowa Clinical Research Company and CompleWare Corporation. Both of these focused on capture, management and analysis of pharmacological clinical trials data. John was able to combine his use of scientific inquiry, computer data capture skills and need to provide the best medicines available for various respiratory problems. Dr. Weiler is survived by his wife of 50 years, Kay (Boese) Weiler, daughter, Rebecca L (Weiler) Hatfield (Richard L Hatfield), two grandsons, Henry Frederick Hatfield and Bryan Gustavus Hatfield, son, James M. Weiler, brother, Tony Weiler (Kay) and sister-in-law Sandra (Boese) David (Jan). John is also survived by nephews A. R. Weiler and Eric Murbach and nieces Ann R. Weiler, Kelly Murbach and Christin Golden. His parents, Adolph Weiler and Ruth (Schlosser) Weiler, his father-in-law and mother-in-law Algine and Angeline Boese, and brother-in-law George Murbach and sister-in-law Sue (Boese) Murbach Cobble predeceased him. In lieu of flowers or other tributes, please make donations to The American Academy of Allergy Asthma and Immunology; 555 East Wells Street; Suite 1100; Milwaukee, WI 53202-3823 or the Lewis Katz School of Medicine at Temple University; Medical Education and Research Building; Office of Institutional Advancement Suite 1101; 3500 N Broad St Suite 1101; Philadelphia, Pennsylvania 19140 Please continue to keep John's family in your thoughts and prayers during this difficult time.