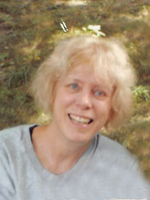 Tascha Jon Keettel went to join Heavenly Father on November 10, 2022, after a valiant battle against kidney cancer. Visitation, reminiscences and LDS Church services will be held Monday, November 21, 2022, from 4 p.m. to 7 p.m. at the Gay & Ciha Funeral and Cremation Service, 2720 Muscatine Avenue in Iowa City. Burial will be at Oakland Cemetery at 1 p.m., on Tuesday, November 22, 2022. To share a thought, memory or condolence with her family please visit Gay & Ciha Funeral and Cremation website @ www.gayandciha.com. Tascha was born in Iowa City on October 5, 1950, to John and Lavonne Schulze of Iowa City. Tascha attended University Elementary and University High School, graduating in 1969. She earned the degree of Bachelor of Music in 1981 from the University of Iowa, and the degree of Masters in Music in 1985 from Arizona State University. Tascha was a gifted cellist and played for five years in the Veracruz Chamber Orchestra and Xalapa Symphony Orchestra in Mexico. She was the cellist for the Phoenix Quartet, a chamber music group in Phoenix, AZ. Tascha taught music in elementary and high schools in Paradise Valley, AZ and Scottsdale, AZ. Tascha was married to Iowa City native William D. Keettel in 1992 in Sioux City, Iowa. They lived in Scottsdale and Phoenix, AZ, from 1993, returning to Iowa City in 2002. Tascha taught string music in the Iowa City schools at City High, and Lemme, Longfellow, Horace Mann, Hoover and Shimek elementary schools until her retirement. Tascha is survived by her husband and two charming French Bulldogs, Smooshie Clemintine and Winnie Porthos.