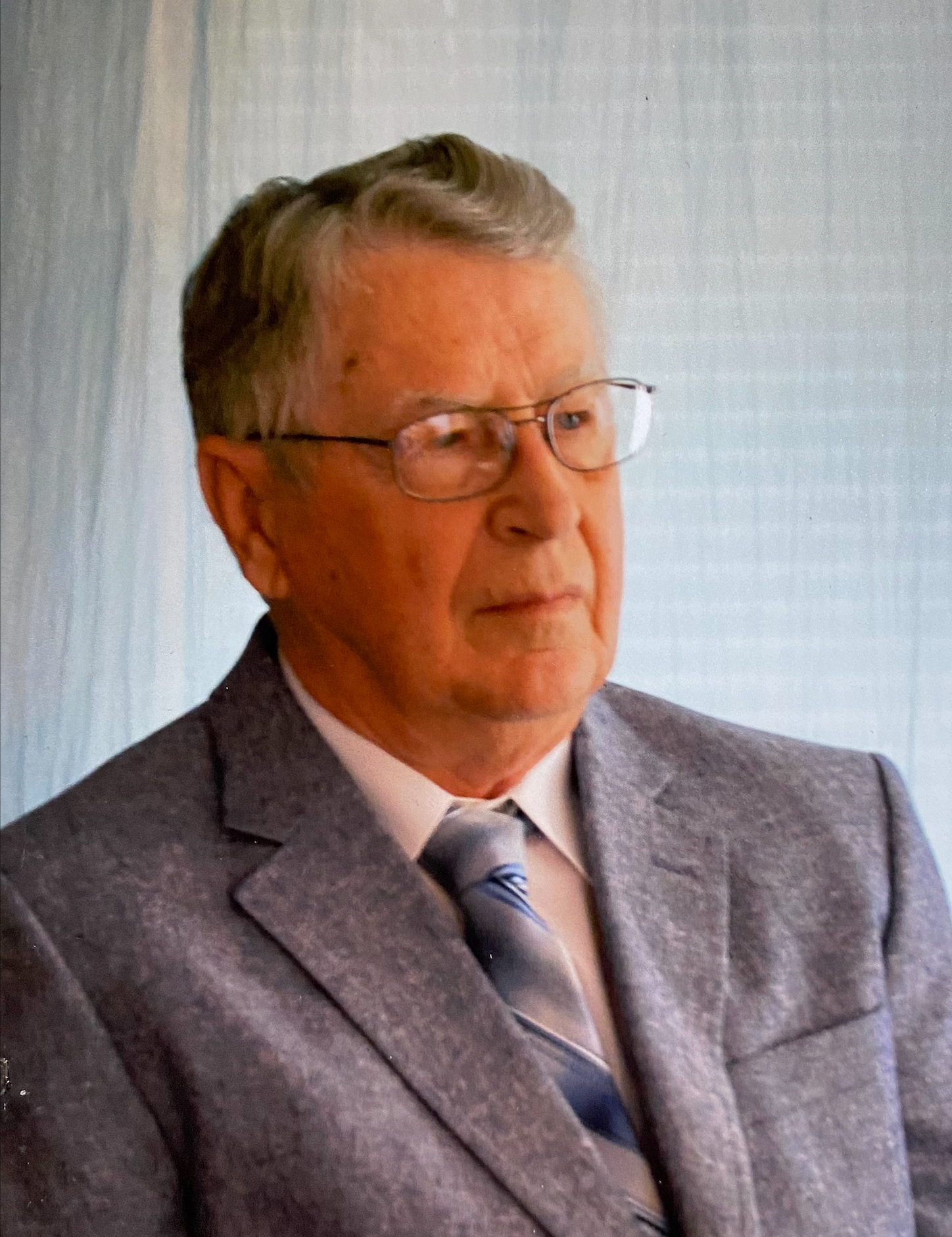 Jackie L. Wood, age 85, passed away January 4, 2023 in Solon, Iowa. Jackie was a hard-working, friendly man who loved his family. He grew up in Hartville, Missouri (Wright County) and lived most of his life in California, Missouri (Moniteau County). Jackie was a deacon with Friendship Baptist Church for many years, and later became a member of First Baptist Church after retirement. Jackie loved spending time with his daughter and grandchildren and moved to Iowa City, Iowa in the fall of 2022 to be closer to them. He enjoyed bird watching, coin collecting, western movies and television shows, music, puzzles, and visiting with neighbors. Jackie served his country in the US Army and then worked as a USDA Meat Inspector until his retirement. Jackie’s passing leaves an emptiness, but his legacy will be continued by all who loved him. Jackie’s family include his cherished daughter Jacinda (Michael) Bunch; four grandchildren, Michkayla (David) Stevens, Jacquelyn (Alex) Langenhorst, Cheyaenne Bunch, and Kierstynn Bunch; a great-grandchild, Hudson Stevens; and siblings Jerry Wood, Helen Wood, Hazel Creighton, Dollie Wood, Jessie Wood, and Lottie Wedgeworth. Sadly, Jackie was preceded in death by his parents, Lewis Wood and Iva (Rowe) Wood, as well as siblings Betty (Eugene) Barr, Joseph (Bonnie) Wood, and Georgia Wood. A simple cremation in Iowa has been arranged for Jackie in accordance with his wishes. A small reception will be held at Windmill Ridge Funeral Services in California, Missouri on Monday, January 9, 2023 from 1pm - 3pm. A small graveside service and burial of his ashes near family will be held at Little Creek Cemetery in Hartville, Missouri at a later date. Memorial contributions can be made to the University of Iowa Stead Family Children’s Hospital. Jackie enjoyed donating Barbie dolls and toys for the children who were inpatient at Christmas. Please continue to keep the family in your thoughts and prayers during this difficult time.