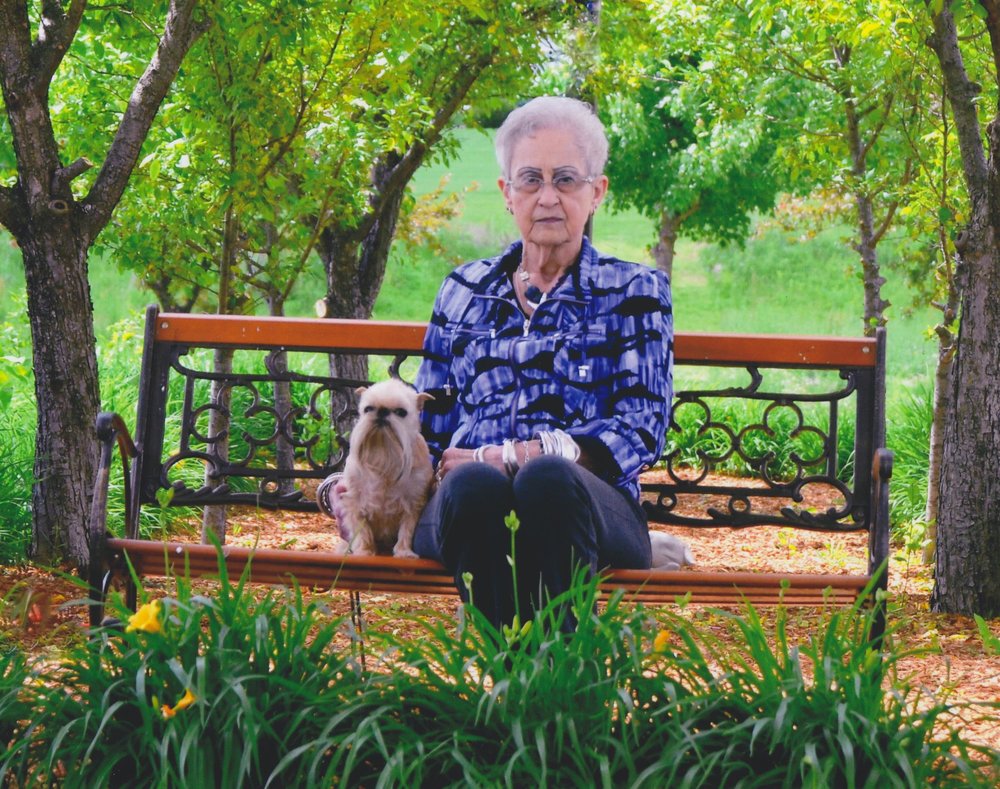 Funeral services will be at 11am Saturday, October 21, 2017, at Gay & Ciha Funeral and Cremation Service with burial to follow at Memory Gardens Cemetery in Iowa City.  Visitation will be one hour prior to the services at the funeral home.  In lieu of flowers memorial donations can be made in her memory to Iowa City Hospice.  To share a thought, memory or condolence please go to the funeral home website @ www.gayandciha.com.

Julia Grace was born December 22, 1930, in Iowa City the daughter of Francis and Doris (Berfield) Grace of Tiffin.  She attended schools in Iowa City graduating in the Class of 1949 from City High School.  She married William E. Chalmers on June 19, 1949 at the Methodist Church in Tiffin.  She always dreamed of becoming a veterinarian, but in those days women were not allowed to enter veterinary school.  Her love of animals became her business for nearly 50 years.  She began Julia’s Farm Kennels in 1955 where she bred, raised, groomed, boarded, and trained several breeds of dogs.  Her specialty was the Schnauzer breed.   For many years she was a member of the Hawkeye Kennel Club where she had served as president and secretary.

Julia was raised on the farm, milking cows, feeding horses, caring for the land, so hard work was all she knew.  This and her love of animals proved not only in the success of the kennels but also in her happiness in life.  She enjoyed traveling to Hawaii and Tennessee with Bill after his retirement to visit friends, and every year her annual trip to California to visit her son and his family. Julia loved being Grandma, sharing life experiences on the farm with her grandchildren.  Family was the core to her being, and she was this and so much more to all of hers!

Julia’s family would like to thank the medical team and Dr. Melinda Johnson at the University of Iowa Hospitals and Clinics for their care of our mom, grandma and dear one to so many of us.  And Julia would want to go out on this note, “Go Hawks”