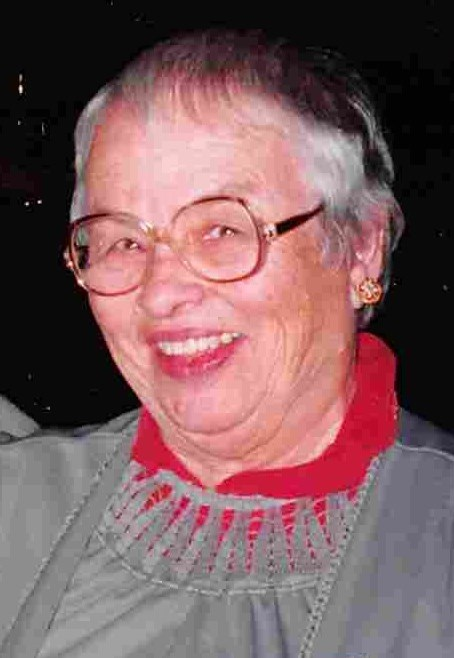 Carol was born April 8, 1926, in Waverly, Iowa, to Leonard H. and Elinore M. (Rone) Racker.  She graduated from Waverly High School in 1944 and from the University of Iowa School of Journalism in 1948.  During her college years she worked part-time as a reporter and society editor for the Iowa City Press-Citizen.

In October 1947 Carol married fellow journalism student Robert “Bob” Thompson of Ute, Iowa.  After graduation in 1948 they worked together at newspapers in Maquoketa, Lone Tree and Independence before settling in Waverly, where Bob worked at the Waverly Publishing Company.  In 1957 they moved to Iowa City and Bob spent 29 years as a manager at the University Printing Service, retiring in 1986.  Through the School of Journalism, Carol worked on a project for the Iowa Commission on Aging, conducting writing workshops for senior citizens.  She also worked on special projects for the Iowa City School District, was a teacher associate at West High School and Northwest Junior High School, and worked at the University in the Sponsored Programs Division.  She was a dedicated community volunteer for the PTA, Music Auxiliary, Boy Scouts and Girl Scouts.

After retirement Carol and Bob lived in Cherokee Village, Arkansas for 17 years, volunteering with community service organizations and projects.  In 2003 they returned to Iowa City to be closer to their children and grandchildren.

Preceding Carol in death were her husband Bob, her brothers and their wives, Morris and Helga Racker of Chicago and Merritt and Evelyn Racker of Louisiana; and her son-in-law Kenn Adams of Iowa City.

A memorial gathering will be held on Saturday, November 24 from 4-6pm at the Iowa City Church of Christ, 4643 American Legion Road SE in Iowa City.  Friends are invited to drop by to share memories and enjoy pie and coffee with the family.”  In lieu of flowers, the family suggests donations in Carol’s name to the Bird House (Hospice Home of Johnson County), http://www.hospicehomejc.org/.