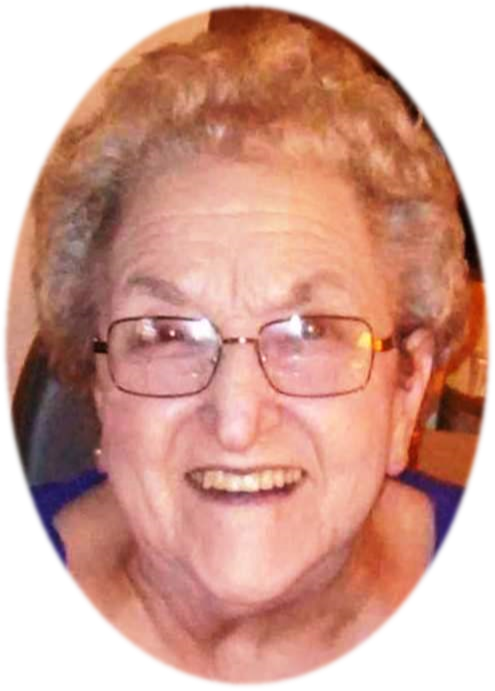 Leona was born on May 14, 1933, on a farm near Sharon Center, the daughter of John Kleinschmidt and Addie Reynolds Kleinschmidt the youngest of seven children.  She was baptized at St. John's Lutheran Church in Sharon Center by Reverend Proehl.  She attended Sharon #3 country school until 8th grade.  Her first job’s were Reece’s Bookstore and the candy counter at Kresge’s Department Store.  Times were hard so with one of her first paychecks, she bought a coat for her mother.

In the spring of 1951, she attended a dance with her brother Roy at the Swisher Ballroom.  It was there that she met Karl Buchmayer.  She always said he was the best thing that ever happened to her.  They were married on May 10, 1951, at Zion Lutheran Church in Iowa City by Reverend Proehl.  She yearly lamented that they never had time to celebrate their anniversary because it was in corn planting season. A few weeks later, Karl left for the army in Fort Leonard Wood, Missouri.

Leona and Dianna made their home with sister and brother-in-law, Marguerite and Everett Plecker until spring of 1953.

Karl came home from the army to the clean, freshly painted farmhouse that would be their home for the next 55 years, and just in time to plant corn.

During the early years of their marriage, Leona raised chickens and dressed them for local grocery stores, worked at Mercy Hospital and Owens Brush.  She also took care of foster children, mostly newborns, sometimes two or three at a time, in addition to her own children.
She had no running water, a wringer washer in the basement and no clothes dryer.  All the diapers and clothes had to be washed in water carried in from the pump, heated on the stove, and carried to the basement.

In her thirties, they were active in a square dance club, card club, and she was a 4-H leader.  She became the head cook at University High School cafeteria in Iowa City.  When that job ended, she attended Business College in Iowa City and worked for several years at the University Hospital Business office.  Later she transferred to the Child’s Health Specialty Clinic as a medical transcriptionist.  She stayed there until her retirement.  Around this time, Karl and Leona became Watkins representatives.

Leona was passionate about family heritage and the family farm.  As a mother and grandmother, she was devoted, always on their side, always looking out for them until the very end.

She also enjoyed quilting, knitting, crocheting and camping with their RV group.  She was an excellent cook and baker, especially known for the Kolaches, 60 minute rolls and potato soup with dumplings.  Even as she became more disabled, she was resourceful and determined.  She’s the only person we’ve even seen roll out a pie crust on a walker seat.

She was preceded in death by her parents, her husband Karl, her son Rory, her grandson Matt Fuhrmeister, her brothers Joe, Emery, John and Roy Kleinschmidt and her sisters Marguerite Plecker and Bessie Capper.