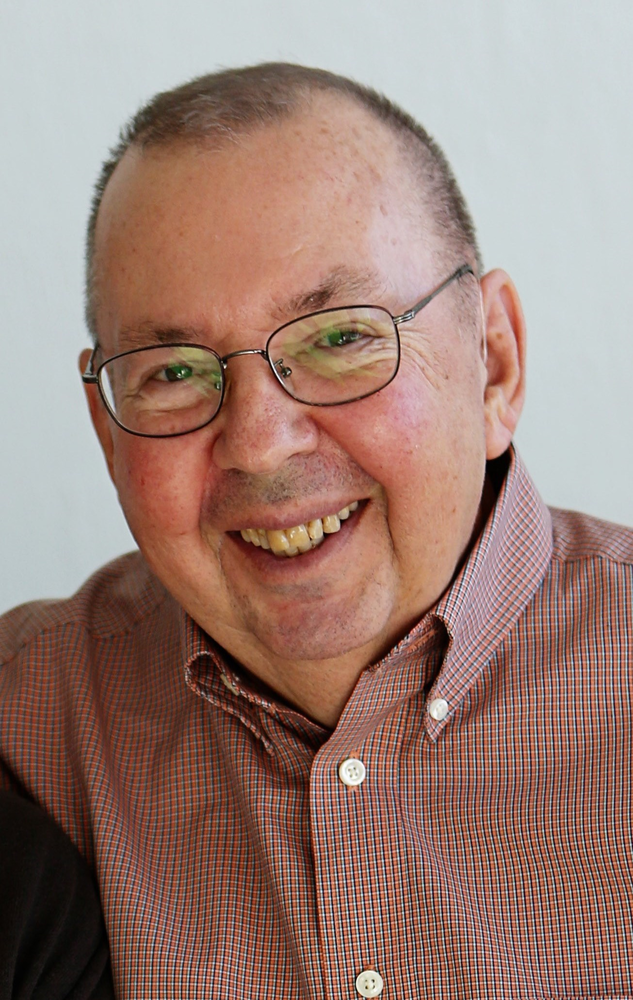 Phillip Arnold Moeckli, 75, passed away Tuesday, October 16, 2018, with family and close caretakers at his side. Phil was born on July 6, 1943 in Owensville, Missouri, to Arnold and Marjorie (Barnett) Moeckli.  His quick wit and clever mind did not help him scholastically – he graduated from Owensville High School in 1961 near the bottom of his class – but did enamor him to his teachers, his classmates (he was the student body president), and Karen Bledsoe, his on-again, off-again high school girlfriend.

After graduation, Phil served in the United States Air Force, 7405th Support Squadron (7499th Support Group (USAFE)), receiving his honorable discharge in 1965 as the rank of Airman First Class.  Trained to operate and maintain bomb navigational systems on B-52 and B-47 aircraft, he was assigned to Royal Air Force Station, Sculthorpe, England, then to West Germany at Wiesbaden Army Airfield.  He traveled throughout Europe, the Canary and Ascension Islands, and West Africa. In October 1964 Phil was one of ten from the 7499th to be assigned to Leopoldville, Republic of the Congo to provide direct passenger and cargo support for operation DRAGON ROUGE, USAF’s most ambitious airlift in the DRC to recover nearly 2,000 Western hostages seized by rebels in Stanleyville.

On June 13, 1965, Phil and Karen married.  Their first home was in an apartment above the funeral parlor in Owensville. Phil graduated Magna Cum Laude from Central Missouri State College in Warrensburg, Missouri in 1970, with a BS in Education and a MS in Administration and Supervision.  Phil and Karen moved to Colorado Springs, Colorado in 1970, where they had Jane in 1972, and Phil began his 35-year career as a teacher and teacher advocate.  After teaching several years at Buena Vista Elementary School, Phil became president of the Colorado Springs Teachers Association and in 1975 he led a teachers’ strike in Colorado Springs School District 11, one of over 200 strikes across the nation during the 1975-76 school year fighting for professional respect, better pay, and smaller class sizes.  Phil was offered UniServ Director positions in Idaho, teaching local Idaho Education Association affiliates how to bargain, grieve, and advocate from 1976-1982. He then worked for 2 years as the Executive Director of the Spokane Education Association across the state border in Washington.  In his final column prior to retiring as Colorado Education Association’s Executive Director, Phil wrote how blessed he was to have worked with and for wonderful people throughout his career, but especially the first staff he worked with in Idaho.  They were an exceptional team and great friends.

Phil was State Executive Director in both Missouri, his home state, and Colorado, where he began and would end his professional journey.  When teachers’ unions saw widespread decline in membership in the 1980s, Phil successfully reorganized and reenergized regional and state affiliates to build membership, become fiscally responsible, and be innovative in their approach to advocating for education.  His colleagues characterized him as thoughtful, reasonable, and calm, yet gutsy when necessary.  Phil worked especially hard to build coalitions during a time of deep political divisions in Colorado.  In between those two positions, Phil made lasting contributions to the National Education Association as the Western States Regional Director and the Midwest Regional Director during the 1990s.  He was Interim State Executive Director in Ohio and Virginia, providing “knowledge, courage and wisdom” to organizations experiencing difficult transitions.

After retiring in 2005, Phil volunteered as a sound engineer at KRFC, Fort Collins Community Powered Radio station.  He transitioned into “retirement golfing” – weekdays instead of weekends – and traded his Colorado Rockies season tickets for a training camp vacation with longtime friends and the MLB satellite TV package where he could follow the St. Louis Cardinals, too.  In anticipation of their first grandchild, Evelyn, Phil and Karen moved to Iowa in 2010.  Phil applied his past experience with building organizations (he was a Charter Elder of Faith Presbyterian Church in Hayden, Idaho) to support opening and volunteering at the Solon Community Pantry, a partner of the Johnson County Crisis Center.  Phil enjoyed watching Evelyn and her younger brother, Wyatt, grow, time with Fox Ridge neighbors – especially on the golf course, and trips to Missouri to visit family.  Above all else, Phil was dedicated to Karen and Jane, and they to him.

Funeral services will be held on Tuesday, October 30, 2018, at the Palmer House Stable, 200 E. Main St., Solon, IA, 52333.  Visitation will occur from 4:00-5:00 pm, followed by a memorial service and light dinner.  In lieu of flowers, donations may be made through Gay & Ciha Funeral Services to the Solon Community Pantry, Pathways, or the Memory Care unit, Solon Retirement Village. To share a thought, memory or condolence with Phil’s family please visit the funeral home website @ www.gayandciha.com. Burial will be on Saturday, November 3, 2018, at 2 pm, at the Bland Union Cemetery - Highway B in Bland, Missouri.

Phil’s family would like to thank Pathways Adult Day Health Center and the Solon Retirement Village – especially the Memory Care unit – for their compassionate, respectful care of people with dementia.