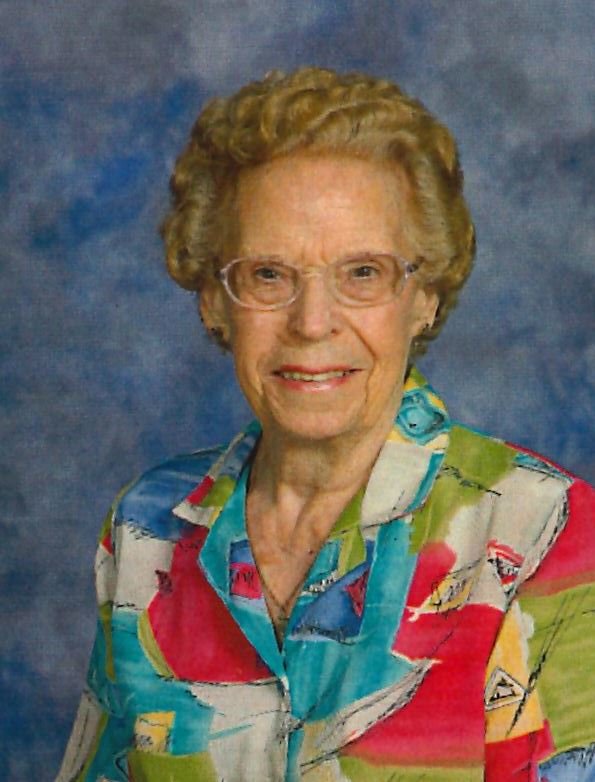 Obituary of Ella May Ackerman

Ella May Hoffman was born on May 17, 1921, on the homestead in Belgrade, Nebraska, the daughter of Fredrick and Elise (Sauerman) Hoffman.  Her parents came overseas from Berlin, Germany and Ella spoke High German until she attended grade school.  She attended Red Wing Grade School and in 1938, graduated from Belgrade High School.

Ella moved to West Branch to be closer to where her daughter lived.  She started working for Westinghouse in September of 1972 in Iowa City.  Ella retired in 1983 and remained in West Branch for 30 years.  She was a member of Gloria Dei Lutheran Church in Iowa City.  She moved to Iowa City in 2002.

The Lord called Ella home on Wednesday, October 24, 2018, at the Crestview Nursing and Rehabilitation Center in West Branch.  She was preceded in death by her parents, her husband and her children.

Funeral services will be held on Saturday, November 3, 2018, at 11 am at Gay & Ciha Funeral and Cremation Service in Iowa City where there will be a time of visitation one hour prior to the services and following the services.  Burial will be at a later date at the St. John’s Lutheran Church Cemetery in Palmer, Iowa.  To share a thought, memory or condolence with her family please visit the funeral home website @ www.gayandciha.com.