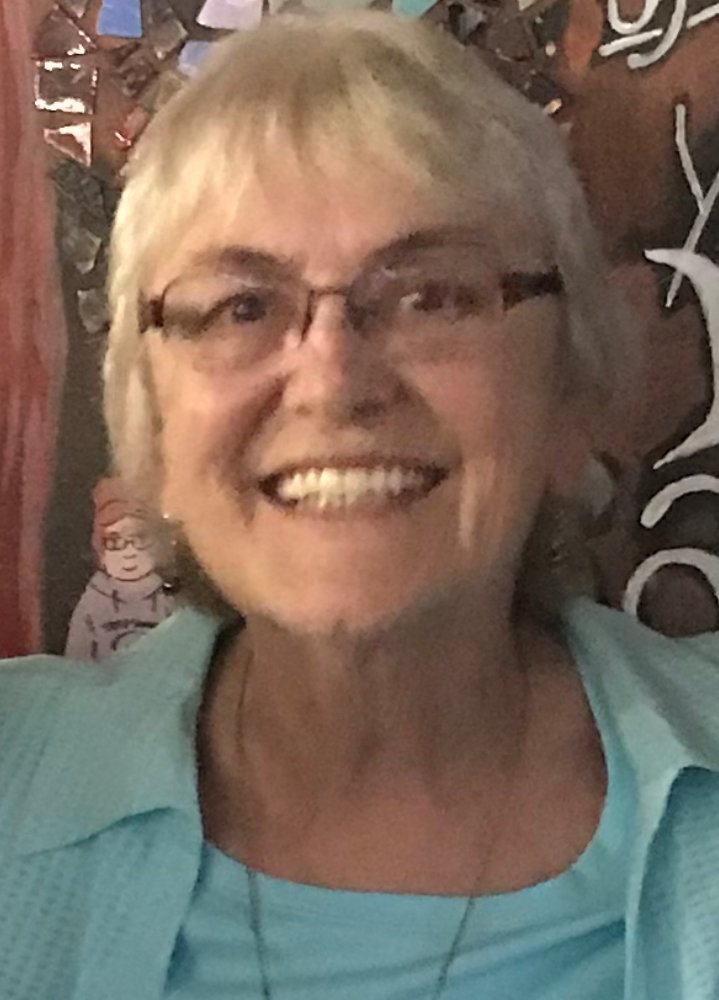 RoZella was born to Joyce and MerLynn Sorrenson of Hartington, Nebraska on Born July 20, 1951.  The Sorrensons moved frequently throughout RoZella’s childhood, her father, MerLynn, in search of educating himself and improving their lives.  RoZella spent time as a child and adolescent in Hartington and Laurel, Nebraska, Yankton, South Dakota, Osceola, Nebraska, and Ft. Dodge, Iowa, with her family finally settling in Iowa City in 1968, where RoZella noted she had, “a little too much fun”.  She was in the first graduating class of West High School, in 1969, later doing classwork at Waldorf College, Kirkwood Community College, and the University of Iowa.  RoZella worked at a nursing home, Proctor & Gamble, and for 6 months, a second-shift job in North Carolina living with her sister and brother-in-law, JoLynn and Arley Phillips.  She returned to Iowa City, and in 1974, RoZella was hired by the City of Iowa City, spending most of her forty years of employment by Iowa City in the Solid Waste, and Street Departments.  RoZella remembered driving some, “pretty rough street sweepers,” in her time working for the city.

In her youth, RoZella enjoyed traveling, making five trips to Alaska, including a memorable 3-day visit to Mt. McKinley.  She also went to Europe to visit her sister (who was in the military at the time), journeyed to the Black Hills, and caravanned many times to the Rockies to go backpacking with friends.  Rosie recalled that some of those backpacking trips lasted until the very last minute, with her returning to Iowa City just in time to go to work first thing that morning.

RoZella also enjoyed league bowling, playing many years with Doc’s Standard.  When her bowling days came to an end, Rosie and a core group of pals continued to meet for supper and socializing.  She was also active in the Oxford Methodist Church for many years

In 2005, RoZella married her long-time partner, Lee Michael Grabin of Oxford.  She was step-mother to Adam Grabin, his wife, Jeri, and later step-grandmother to her beloved grandchildren, Wesley and Hannah.

When RoZella and Lee moved to the farm (with just two cats!), they were surrounded by a close-knit family, and soon many, many more cats.  RoZella found herself a magnet for cats, kittens, and even a dog or two on the farm.  It was around this time that Rosie became involved with Johnson County Humane Society, serving as a Board Member and Officer for many years.  Rosie was an award-winning “feral cat wrangler” donning thick gloves and expertly maneuvering nets and traps, and she helped many others with trap-neuter-return of their own barn cats.  She drove countless “food runs” to Davenport, Cedar Rapids, and other locations, to pick up literally tons of donated pet food, which she then helped unload, and distribute to those in need.  She helped with other JCHS activities, including book sales, yard sales, and other fundraisers.  Rose was the “go to” person whenever JCHS needed a pair of strong hands and a sturdy pick-up truck.

RoZella will be sorely missed by her family, friends, and neighbors, but she was adamant about letting people know she was not particularly courageous about her battle with cancer.  In getting through multiple rounds of chemo- and radiation therapy, in her own words she, “kicked, cried, and yelled”, her way through it.  Characteristically, Rosie did what she had to do to spend as much quality time on Earth as she could with Lee, her family, her friends, and even her beloved cats.

In lieu of flowers, RoZella requested that donations be made to Oxford First Responders, The Bird House - Hospice Home of Johnson County, Iowa City Hospice, Johnson County Humane Society, where a fund for community and feral cats has been established in her name.

Funeral services will be held at 10am Saturday, December 22, 2018, at the Oxford United Methodist Church with burial to follow at the Grabin Cemetery northwest of Oxford.  Visitation will be from 4 to 7 pm Friday at the church.  To share a thought, memory or condolence with her family please visit the funeral home website @ www.gayandciha.com.