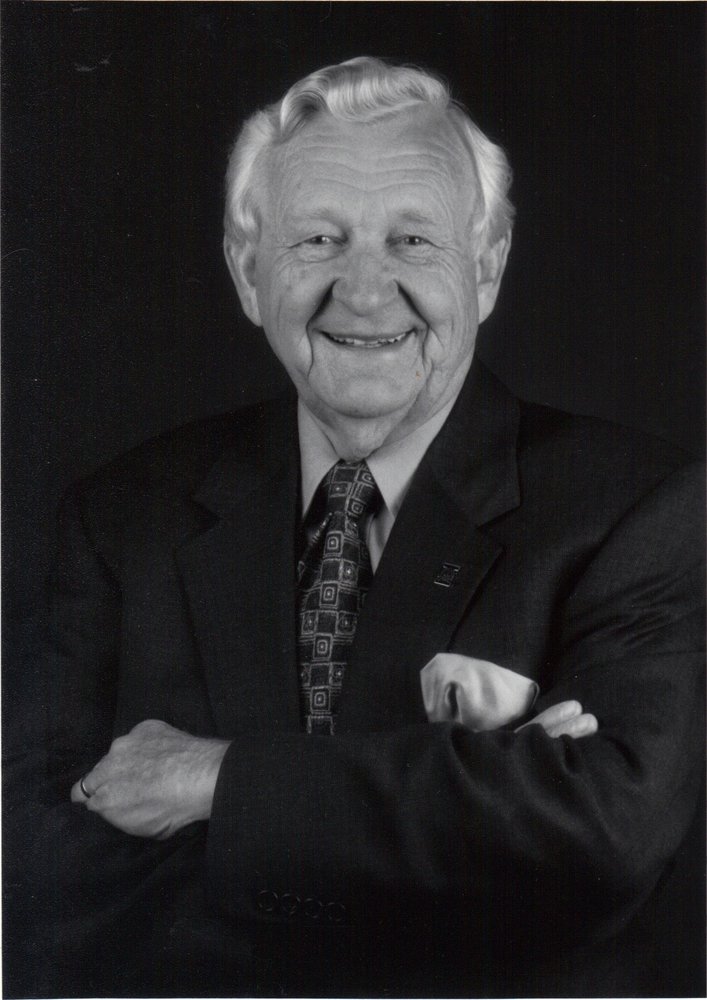 Memorial service will be at St. Mark’s United Methodist Church, 2675 E. Washington St. on Saturday, December 22, 2018 at 2:30 p.m.  A time of fellowship and light refreshment will follow the service.  His body has been donated to University of Iowa for medical research.

Keith was born to Carl and Mary (Evans) Thayer in 1928 on a farm in Howard County, northeast Iowa.  He attended country school and graduated from high school in Cresco, Iowa in 1945.  He attended Cornell College, Mt. Vernon, Iowa for one year and then served in the US Army from January 1947 to July 1948.  He served at Madigan General Hospital assigned to the Dental department, and there became interested in the profession of dentistry.  He returned to Cornell College and graduated mid-year 195l.  He entered the College of Dentistry at the University of Iowa, graduating in 1955 with the DDS degree and in 1956 with a M.S. degree.  In 1953 he married Nancy Delahooke at Charles City, Iowa.  To this union four sons were born.  He subsequently served on the Dental Faculty for 37 years retiring in 1993.  He was also head of Prosthodontics for twenty years.  Dr. Thayer taught on Fulbright Scholarship in Singapore for the academic year 1968-69.  In addition he was a visiting professor at the Faculty of Dentistry at the University Of Alexandria, Egypt for the academic year 1979-80.  He edited and published a textbook FIXED PROSTHODINTCS.  He lectured widely around the world for over 40 years, and held memberships in a number of professional organizations including OKU, the International College of Dentists, the American College of Dentists, FDI (Federacion Dentaire Internationale), American Association of Dental Schools, and Fixed Prosthodontics.  He was a vice-regent and regent in the International College of Dentists for 12 years.

He enjoyed the outdoors, especially hunting antelope in Wyoming and pheasants in Iowa.  He felt privileged to have climbed Mt. Kilimanjaro (Tanzania, Africa) with the former Iowa Mountaineers in 1985.  He also enjoyed woodworking, camping, and attending concerts at Hancher.  He was a charter member of St. Mark’s United Methodist Church in 1960 and a 50 year plus member of Host Noon Lion’s Club.  He was also a Life Trustee of Cornell College.  In retirement he and his wife took a number of volunteer-in-mission trips through the church, doing construction and dentistry.  These trips were both in and out of the country.  Also in retirement he volunteered at UIHC and as a Rock ‘n Reader in local elementary schools.

He is survived by his wife, Nancy; and their sons, Gregory, Scott (Nina Rollow), and Bradley (Diane), two grandchildren, Zachary and Gina, plus several nephews and a niece.  He was preceded in death by his parents, his sister June Calhoun, son James, and daughter-in-law Stefanie Thayer.

Memorials made be made to St. Mark’s United Methodist Church endowment Fund, College of Dentistry  (Dept. of Prosthodontics through the University Foundation), or Cornell College or charity of choice. To share a thought, memory or condolence with his family please visit the funeral home website @ www.gayandciha.com.