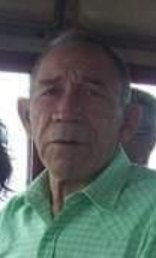 Obituary of Gene A. Evans

Within a couple of years, Gene and June purchased property on the north end of Coralville, where they would build their home, raise their children, welcome son-in-laws, cherish grandchildren and great grandchildren and marvel at what nearly 60 years here has brought them. Gene was content to be home with his family and friends.  He enjoyed collecting coins, deer hunting, vacations with June, the kids and later his grandchildren and great-grandchildren. But most of all, Gene was a gentle man! He was a proud member of the Laborer and Teamsters Unions.

Gene was preceded in death by his parents, son, Rick Allen Evans; brothers, Stanley and Ronald; and 3 infant siblings.

As per Gene’s request, private family services have been held with burial next to his son, Rick at the Oak Hill Cemetery in Coralville.  Memorial donations can be made in Gene’s memory to Iowa City Hospice. To share a thought, memory or condolence please visit the funeral home website @ www.gayandciha.com.  Gay & Ciha Funeral and Cremation Service is caring for Gene’s family and his arrangements.