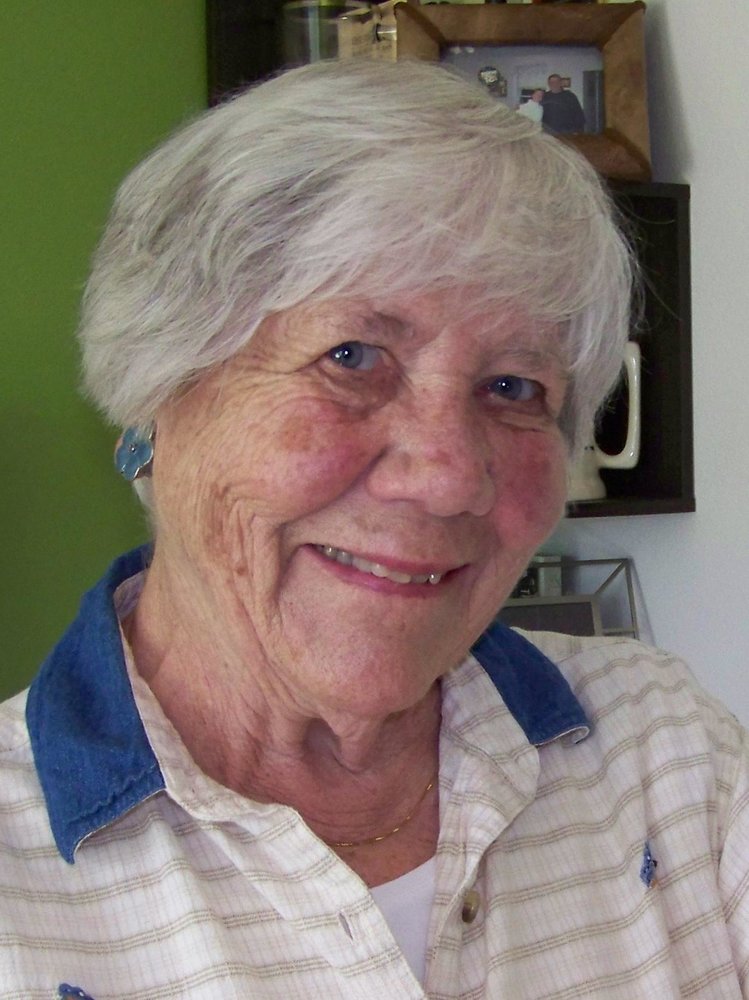 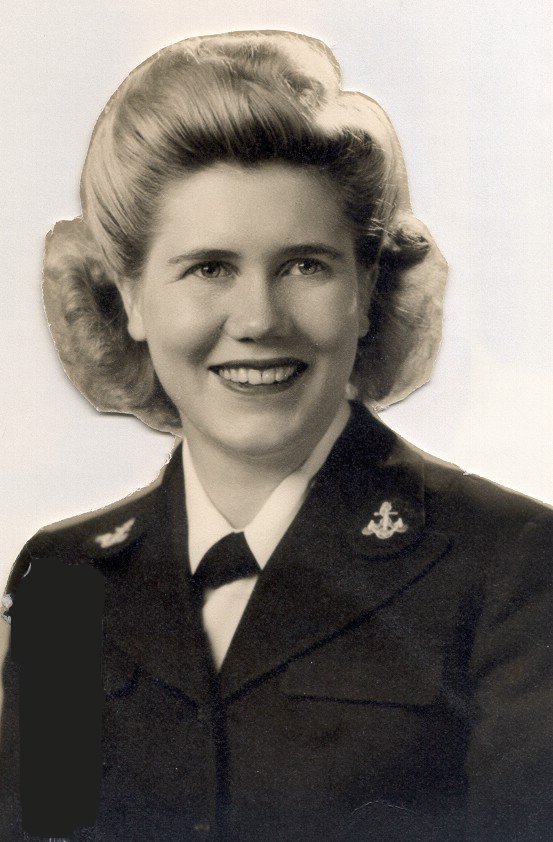 Barbara  Kuncl, passed away peacefully at Mercy Hospital Hospice on Monday, January 14, 2019.   Barbara Poling was born the daughter of Jessie Welsh and Guy S. Poling, on January 4, 1923, in Brooklyn, NY.  Barbara spent her childhood in Brooklyn being raised mostly by her mother, after her father was killed in a work-related accident.  She rode the subway to school where she was an excellent student and played basketball.  She attended Girls Commercial, learned to take short hand dictation, and got a job in the Empire State Building.  Barb’s next adventure began when she enlisted in the US Navy as a WAVE.

Her Naval Assignment took her to Shoemaker Naval Hospital, North of San Francisco, CA, where she worked in a lab.  Her future husband, Robert A. “Bob” Kuncl was stationed here also serving in the Navy.  The two met, formed a quick friendship, and were married on May 26, 1945. Following service they returned to Bob’s home in Iowa City where Bob resumed his work at the IC Press Citizen. Here they raised their 3 children; Barbara, Ellen, and Robert.  Barb was an active member of the PTA and involved with Girl Scouts of America.  She then took a job in the Arthritis Clinic at UIHC and then later at the University of Iowa Athletic Department where she worked for 25 years, until retiring in 1986.

Barb and her family spent over 50 years vacationing in Ely, Minnesota, where her husband loved to fish and Barb loved to read and enjoy the sunsets with a martini.  She took many trips, visiting all 50 states and several countries.  She was a member of the Women’s Bowling League, Iowa City Women’s Club, WAVES International, and in 1995 she joined the newly formed “New Horizons Band” as a charter member, and learned to play the clarinet.  She enjoyed aquacize at Mercer Park Pool for many years.  She read thousands of books, saw hundreds of plays and was devoted to the daily crossword puzzle which she frequently completed on the front porch with a small glass of gin at her side.

She was a tremendously kind mother, very intelligent, always patient, and always ready to have fun.  She took her grandchildren swimming countless times at the Elks Club, out for lunch, and to the movies.  She loved to play make-believe and hide and seek.  She had an unforgettable contagious laugh that would frequently take hold of her and anyone close by.  Barb was an excellent story teller and loved to tell about Coney Island, Ebbets Field, Prospect Park, her time in the service, and her job in the Athletic Office.  She was a true friend to many and loved by all who knew her.

She is survived by her two children; Barbara Budde of Iowa City, and Robert Kuncl (Mary Bartlett) of Tipton.  Her grandchildren include Jessica Howe of Portage, WI, Kelsey Gerlits (Vince II) of Solon, and Todd Kuncl of Swisher.  Her three great-grandchildren Sawyer, Jasper, and Loretta Gerlits will miss their “Gunk” and her sweet smile.

The family would like to give special thanks to her wonderful friend and dedicated physician Dr. Craig Champion.  Thank you also to the caring staff at Iowa City Hospice, Mercy Hospital, and to the Mercy Hospice Unit.

A Celebration of life and luncheon will be held from 12-2 pm, on Saturday, January 26, 2019, at the Solon American Legion – 222 E. Main Street, Solon, IA.  A private interment ceremony will take place at a later date. In lieu of flowers, memorial donations can be made to Mercy Foundation (c/o Mercy Hospice), or to the New Horizon’s Band.  To share a thought, memory or condolence with her family, please visit the funeral home website at www.gayandciha.com.  Gay & Ciha Funeral and Cremation Service is caring for Barbara’s family and her arrangments.