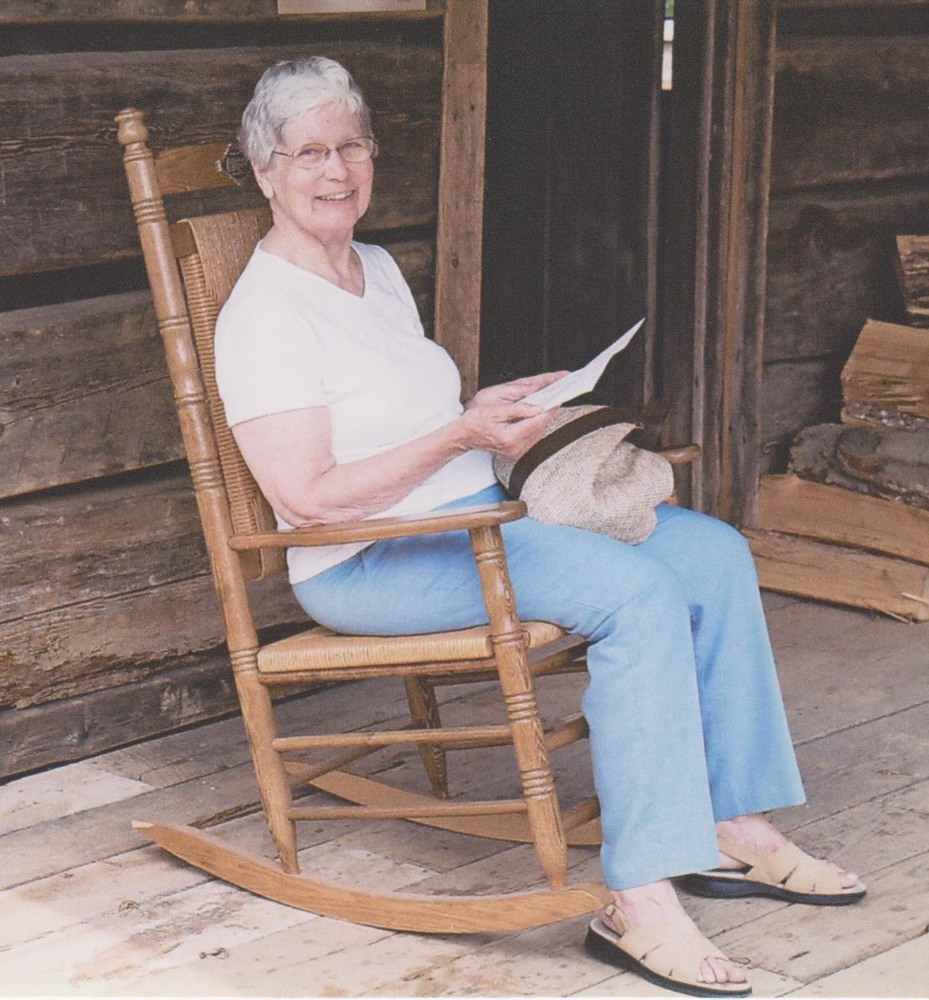 Beatrice Emma Swanson Beyerhelm was born April 8, 1932, to Harry and Carolyn (Larson) Swanson and lived in Lemont, Illinois, southwest of Chicago, across the street from Bethany Lutheran Church where Bea was baptized and confirmed, took organ lessons and first became interested in foreign missions by a question in a junior high study book “If you were a missionary, where would you want to go?”  She answered “China.”

She graduated from high school in Lemont, attended Augustana College in Rock Island, Illinois, majoring in Elementary Education headed toward being a single missionary.  Along the way she fell in love with pre-seminary student Carl Beyerhelm who had been in the Army of Occupation in Japan and done some Bible/English teaching while there, so they married in the Chapel at Augustana Seminary May 30, 1953, and applied to go to Japan.  Surprise! They got sent to Tanganyika.

After Carl’s ordination to the Augustana Lutheran Synod in 1955, they and their first-born, Carl David, 8 months old, departed for Africa on the Queen Mary.  Three more children were born as Tanganyika got its freedom and became Tanzania (Christopher Paul, Mary Ellen, and Ruth Wandoa).  Carl served an established parish at Ushora, a new congregation at Mtekente, and taught at the seminary at Makumira.  Bea wrote Sunday School materials and had a radio homemaking program in Swahili and taught leadership skills to the wives of students at the seminary.

The family returned to the States in 1965 and served parishes in Marathon, Gowrie, and Mediapolis, Iowa.  Bea taught school and then went to Drake University for an MSE in Counseling.  She worked for various chemical dependency agencies and family services agencies.  Bobbi Francisco joined the family as a foster child when they lived at Gowrie.

In retirement, Carl and Bea moved to Iowa City and enjoyed women’s basketball games and many music events.  Bea gardened and wrote poetry.

Memorial services will be held at 10am Saturday, April 6, 2019, at Zion Lutheran Church in Iowa City, where there will be a time of visitation one hour prior to the services and a time of fellowship following the services.  In lieu of flowers, memorial donations can be made in Bea’s memory to CommUnity Crisis Services Food Bank (formerly Iowa City Crisis Center).  For a complete obituary, to share a memory or a condolence, please go to the funeral home website @ www.gayandciha.com.