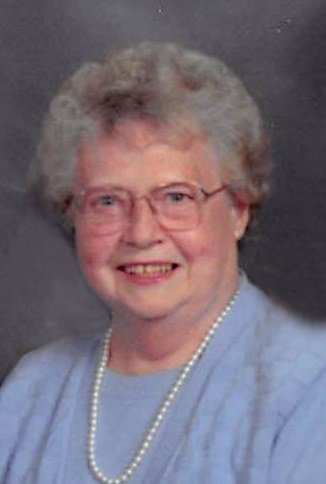 There will be a visitation on Saturday, April 27th from 4 to 7 pm at Gay & Ciha Funeral and Cremation Service.  Private burial services will take place at the Oakland Cemetery in Iowa City.  To share a thought, memory or condolence with her family please visit the funeral home website @ www.gayandciha.com.

Phyllis Maxine Connell was born March 2, 1928, in Mt. Vernon, Iowa the daughter of Bernard and Laura (Foraker) Connell. She married Roland D. “Bud” Schump June 22, 1949, at the First United Methodist Church in Iowa City.  The couple has lived in Iowa City since their marriage where they raised their son, Jerry.  Phyllis was a member of the First United Methodist Church and the American Legion Auxiliary.  She enjoyed baking kolaches, making big dinners for family and friends, doing crafts, morel mushrooming, tending to her gardens, traveling with Bud, listening to Polka and Lawrence Welk, and was known as an avid euchre and bingo player.  She along with Bud were avid Iowa Hawkeye Fans and NASCAR Racing Fans.

Her family includes a grandson, Mike Schump and several nephews.  She was preceded in death by her husband, Bud; son, Jerry; her sister, Dorothy Greazel; and her brother, Bill Connell.