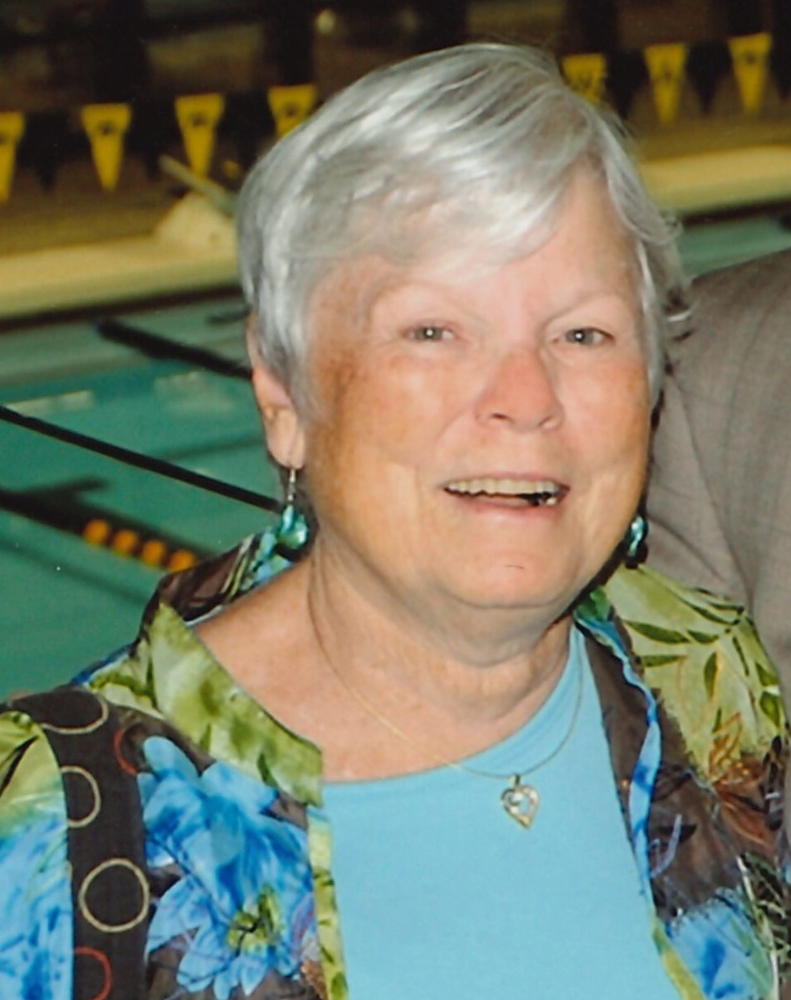 Joyce Patton, 77, longtime Iowa City area resident, and part time Little Harbor resident of Ruskin, Florida, peacefully passed away on Sunday the 5th of May, 2019 at 5:00 am.  She was surrounded by her loving family.

Friends and family can gather, remember and celebrate Joyce on Friday, May 10th from 3 to 6pm at Gay & Ciha Funeral and Cremation Services in Iowa City.  In lieu of flowers memorial donations can be made in Joyce’s memory to The Iowa Swimming and Diving Endowment Fund at the University of Iowa Center for Advancement.  To share a thought, memory or condolence with her family please visit the funeral home website @www.gayandciha.com.

Joyce Ethel Killay was born February 4, 1942, in North Hampton, Massachusetts, the first daughter of John and Clara (Kenyon) Killay.  Following high school graduation in Littleton, MA she graduated from Bates College in 1964.  She was united in marriage to the love of her life, Glenn S. Patton on August 22, 1964.  The young couple moved to Alfred, New York where she taught. In 1975 they moved to Iowa City, Iowa to become Coach and Mrs. Coach of the University of Iowa Swimming and Diving Program.

Joyce was extremely active in her community and was a prominent member of many groups and organizations.  She was a long time member and former President of both, University Club and PEO, Chapter E.  She was an avid reader and knitter and phenomenal with a sewing machine. With these hobbies came dear, lifelong friends that met weekly for the Stitch Group and the Pearl Group.  She was also a proud member of the Shopping Group, which provided “retail therapy”!  She was a long time Board Member for Hillcrest Family Services and a founding Board Member for the Riverside Casino and Golf Resort.  She was a mom to so many more than her three children, and their friends.  She loved her Iowa Hawkeyes but closest to her heart was the Swimming Team.  She was often referred to as “The backbone of Iowa Swimming and Diving” and was invaluable to Glenn and his coaches.  Joyce hosted dinners for recruits and for the team. She was a mother and nurse to more student athletes than can be counted. She traveled worldwide helping Glenn bring the program to prominence.

Her greatest and most treasured role was that of wife and mom. She adored her husband, children and grandchildren and treasured every moment she spent with each of them! She loved to watch them enjoy and excel in their chosen passions. Family vacations and gatherings that often included friends of her children brought her tremendous joy and Joyce was so loved by many of these friends that she considered “chosen family”.  Joyce was considered a second mom to many of the friends of her children and was always loving and helpful to anyone in need.