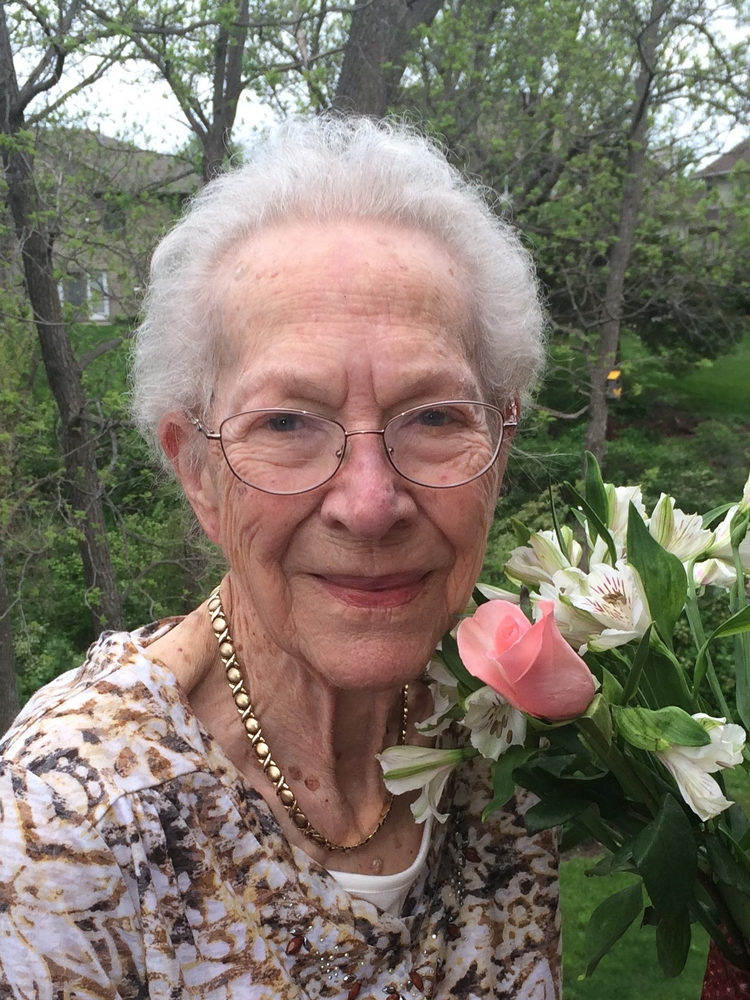 Norma was born near Sargeant, MN on October 8, 1926, a daughter of Otto T. and Mary Harriet “Hallie” (McCord) Nolte. She graduated from Harmony, MN High School in 1943. She attended college in Winona, MN for one year and graduated from the University of Iowa School of Nursing in 1948. On February 19, 1949, she married Roy Merle Ferguson at the First United Methodist Church in Iowa City. They lived in Coralville for many years and she was a member of the Coralville United Methodist Church for over 57 years.

Norma was the last surviving sibling of her generation and was preceded in death by her husband, Roy, in 2004, her parents, three brothers, David, Charles and Allen Nolte; three sisters, Doris Schmidt, (Julia) Marian Rodemeyer and Eleanore Horning; all six of their spouses and numerous cousins.

Norma’s career in nursing was spent in the Obstetrics Department at the University of Iowa Hospitals, with the last ten years of work prior to her retirement spent as the Clinical Nursing Consultant for the statewide Perinatal Program, traveling throughout Iowa doing outreach education for the obstetrics departments in other state hospitals.