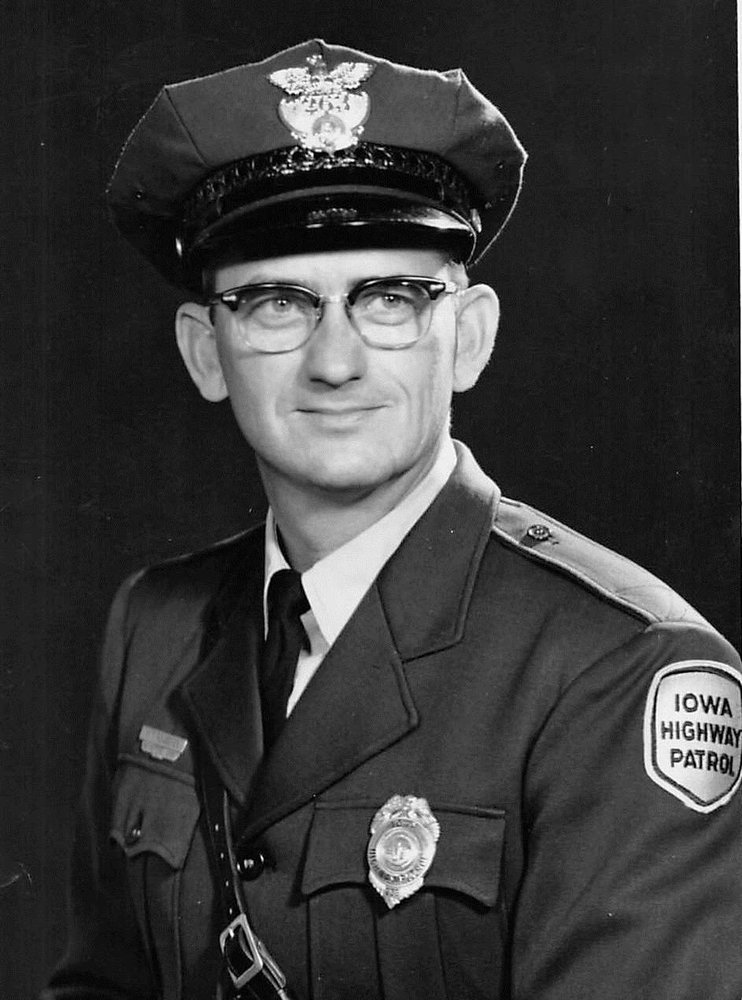 Services celebrating Don’s life will be held at 11am Tuesday, June 11, 2019, at the Green Castle Airport rural North Liberty, where there will be a time for family and friends to share their stories and memories, a lunch for all and a scheduled fly-over by Don’s pilot friends at 1pm. Lunch will be provided by the Green Castle Aero Club, but desserts and salads are welcome.  Casual attire is encouraged!  In lieu of flowers memorial donations can be made in his memory to the Green Castle Aero Club Foundation to support new pilots at Green Castle.  To share a thought, memory or condolence please visit the funeral home website @ www.gayandciha.com.

Donald William Nelson was born December 11, 1927, in Mapleton, Minnesota the son of Iver and Hazel (Bacon) Nelson.  He graduated from Lone Rock Independent School, near Algona, Iowa.  On May 21, 1946, he married classmate, Jacqueline E. Person in Fonda, Iowa.  Don joined the Iowa State Highway Patrol in 1952 and was stationed in West Union for 12 years before moving to Iowa City to become a “Bear in the Air” flying airplane for the Patrol until his retirement in 1982.  The pilot in him, along with his greatest supporter, he and his wife, Jackie began the Green Castle Airport and were founding members of the Green Castle Aero Club, which he belonged with pride until he took last breath.  Needless to say flying was in his blood, in his book there were no better friends than his patrol buddies and his pilot buddies! He belonged to the Air Pilots Association, Antique Aircraft Association, a number of other air pilot organizations and the Moose Lodge in Iowa City.

Gay & Ciha Funeral and Cremation Service is caring for Don’s family and his services.

Sharing of Stories and Memories, Potluck and Fly-Over by Don's Pilot Friends