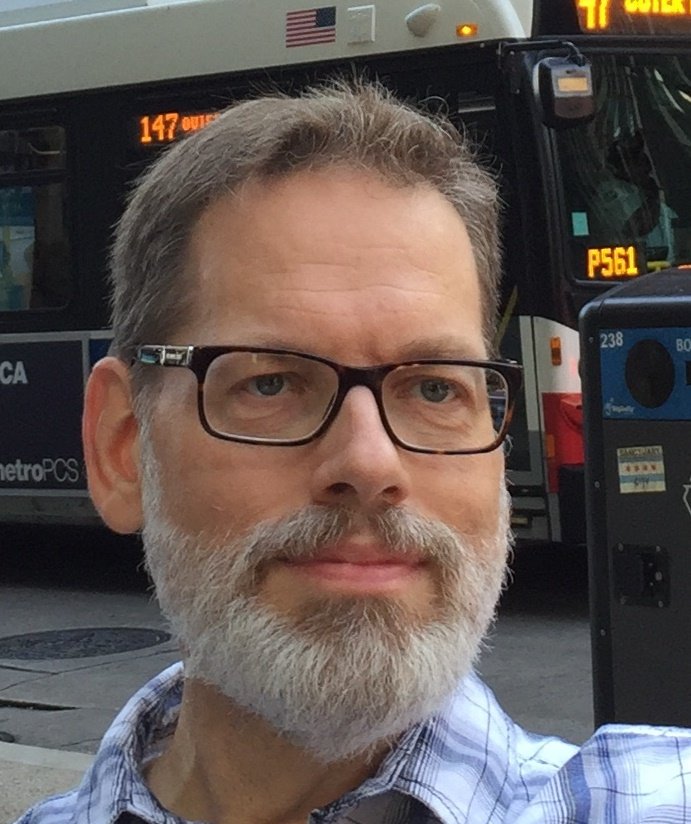 He was born December 9, 1969, in Muscatine, Iowa, and was adopted by Raymond G. “Bud” and Donna J. (Keith) Freers three days later. He was their only child and their greatest joy. Dave was an alumnus of Happy Time Preschool, Washington Elementary School, Central Middle School, Muscatine High School, and St. Ambrose University.  He married Jennifer Kaalberg on October 10, 1998, in Muscatine, Iowa. They lived in Iowa City, Iowa, and have two daughters, Lucy and Nora. Dave was employed by Pearson, and he treasured his coworkers as family. Most people never love a job the way he loved working with his team at Pearson.

Dave was creative in big and small ways. If you were lucky, Dave made you a mix tape or playlist that could include music from Louis Prima, Queen, REM, Vivaldi, They Might Be Giants, or even an opera. He’d probably throw in a custom designed label for you, too. When you stopped by the house to watch Star Trek, the X-Files, or Game of Thrones, he’d make sure you had a drink in your hand within minutes. Dave loved to host people, especially when he was mixing you the perfect Manhattan or an authentic gin and tonic. He drew, painted, built model kits, taught himself to program, and did all kinds of art projects until his last days, including designing a game based on his favorite Star Trek episode and designing a Freers family tattoo. His favorite art projects were often the ones he did with his daughters. He started with finger painting as soon as they would sit in his lap to do it, and he continued to nurture their love of art with a never-ending supply of materials and ideas, while holding back the criticism until they asked for help.

He was also an animal lover with a special place in his heart for small terrier mixes. He grew up with Polly and Abby and then lived with Betty, Penny, and Piper as an adult. It took some time, but once he had two dogs, he decided that was the best way to go since they were so entertaining together, and he’d never expect a dog to go without a buddy again.

When Dave became sick, he made a point to open himself up to things he hadn’t really considered before. One was that family tattoo. Another was church. He noticed the great comfort his sister-in-law and father took in their faith as they faced death, and he wanted to explore that. He found a loving church family at First Christian Church, and he did feel comfort there. He was impressed by their true compassion for the seekers and the vulnerable and took to heart their message that there’s always room at the table.

Dave’s favorite thing, though, was laughing and making other people laugh. He cracked jokes constantly: at the dining table, during work meetings, and yes, even at church. He amused people even on his last day of life. In the end, he was at peace with dying and ready to go.

Dave is survived by his wife of 20 years, Jen, and their two daughters, Lucy and Nora. He is also survived by his father and mother-in-law Gary and Julie Kaalberg, who offered immeasurable support throughout his illness; brother-in-law Mike (Jenny) Moore and nieces and nephew Kimmy, Maya, Josie, Jasper, and Gracie; as well as many treasured cousins. He also leaves behind many close friends who will feel his loss. He is preceded in death by his parents, Bud and Donna Freers, and his sister-in-law, Jacque Moore.

Funeral services will be held at 10:30 am Saturday, June 15, 2019, at the First Christian Church in Coralville.  Visitation will be Friday, from 4 to 7 pm at Gay & Ciha Funeral and Cremation Service.  Graveside services will be held at 2pm Monday, June 17th. at the Greenwood Cemetery in Muscatine.  A memorial fund has been established in his memory.  To share a thought, memory or condolence please visit the funeral home website @ www.gayandciha.com.