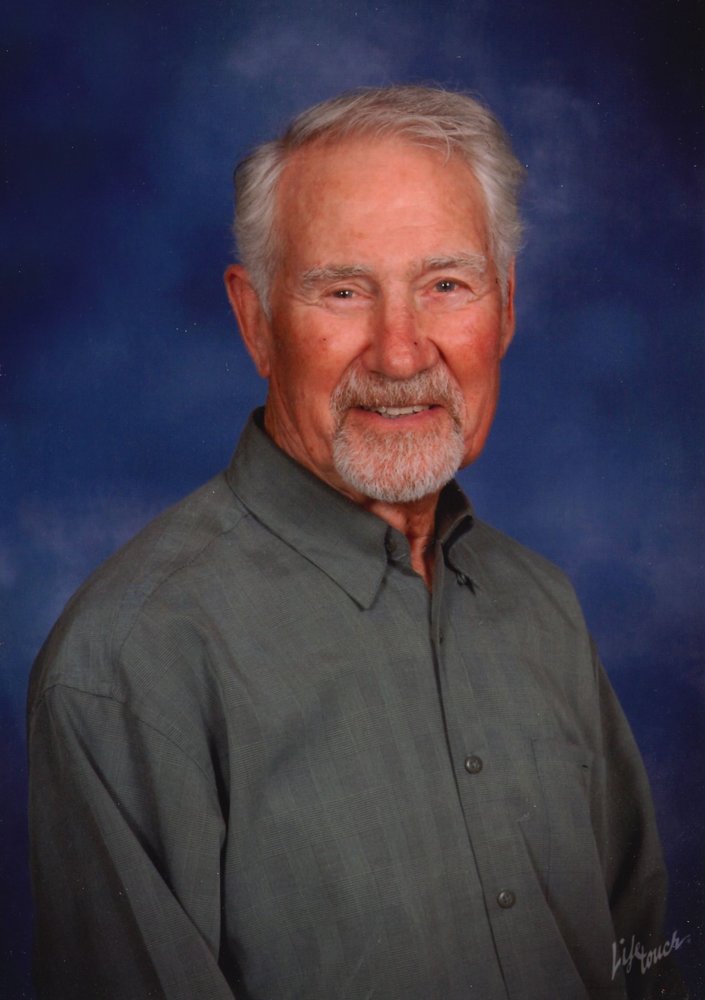 Robert “Bob” Foster passed away at the age of 89 on June 20th 2019 at Briarwood Health Care Center in Iowa City.

Visitation will be from 4 to 7 pm at Gay and Ciha Funeral Home in Iowa City on Friday July 5th. Services will be held at Zion Lutheran Church in Iowa City at 10 am on Saturday July 6th. Following the service, refreshments and fellowship will be provided at The Kirkwood Room @ 515 Kirkwood Ave, Iowa City until 2 pm.   To share a thought, memory or condolence with Bob’s family please visit the funeral home website @ www.gayandciha.com.

Bob was born July 10th, 1929 to Floyd and Florence Foster in Madison, South Dakota as the second of six children.  His first two years of school were at a rural one room school. He graduated High School in Franklin, South Dakota. Bob then attended Technical College in Madison, South Dakota, for one year before transferring to Augustana College in Sioux Falls in 1949 where he began taking pre-seminary courses. Two years into his schooling at Augustana, he was activated by the South Dakota National Guard and called to duty as a team leader in a forward observer unit of an artillery battalion in Anchorage, Alaska, during the Korean War. Following Bob’s service he returned to Augustana College and graduated with his bachelors of arts degree 1953. After his graduation Bob spent a year traveling abroad.

In September 1954 Bob attended the Luther Theological Seminary in Saint Paul, Minnesota. In the fall of his senior year of school, he was enchanted by a young nurse named Cora Bakke, and after a whirlwind romance, they married on May 24th, 1958, one day before Bob’s Graduation.

Newly married, Bob and Cora began their life in Erlangen, Germany, for Bob to pursue his graduate work at Erlangen University. They returned to the United States three years later with Bob’s doctorate in theology, along with their two children, Stefan and Lynn.

In 1961 Bob accepted a position as a professor of religion at Luther College in Decorah, Iowa, where he spent the next seven years. During this time, he also worked as an assistant pastor at Decorah Lutheran Church. While in Decorah two more children joined the family, Lisa and Leslie.

Bob’s next position was as an assistant professor at Capital University of Columbus, Ohio, from 1968 until 1971. During this time Bob was very politically active and outspoken against the ongoing war in Vietnam.

Following his time in Ohio, Bob and family then moved to the great plains of North Dakota, where he accepted a call as Pastor of Epping-Wheelock Congregations of the Western North Dakota District until 1973. While there he also served on the faculty of the Great Plains School of Theology.

In 1973 Bob accepted a call as the Pastor for the Lutheran Campus Ministry at the University of Iowa in Iowa City. Throughout all this, Bob served as a Chaplain with the United States Army Reserve from 1958 until 1987, at which point he retired as a Colonel. Bob continued to work as a pastor at the Duncombe-Vincent Lutheran Parish in Duncombe, Iowa until 1993. He and Cora then retired and moved back to Iowa City.

After retirement Bob remained an engaged member of his community, working to preserve local history including the fight to save historic Old Brick Church from being torn down. He and Cora continued to be very active in their church, enjoyed attending local festivals and events, and spending quality time with family near and far.

During his lifetime, Bob enjoyed golf, gardening, reading, skiing, hunting, tailgating for the Iowa Hawkeyes, spending time with family, walking his dogs and a good glass of red wine. Bob was an avid runner, and participated in many races and marathons, including completing the Boston Marathon twice.

Robert was known by many names, Colonel, Pastor, Professor, Doctor, Bob, Bobbi, Bob Cat, Brother, Uncle, Dad, Grandpa, and more. He leaves behind a legacy his family is proud of. At his core Bob was a humanitarian and philanthropist, dedicating his life to political and social justice. He believed in working toward a world where the hungry are fed, the sick are healed and cared for, and justice for the poor. Bob was heavily involved in political activism, was a champion for the oppressed and the vulnerable, and was an advocate for equality and human rights.

Among his close family and friends Bob will be missed for many reasons, in particular, his wit and unrelenting “South Dakota Humor” that kept everyone on their toes and smiles on their faces.

After having been separated from the love of his life for the last 12 years, he and Cora are now reunited in love for life ever after.

Bob’s family wants everyone associated with Briarwood Health Care Center to know how much they cherish and appreciate the wonderful care Bob received over the last few months.

Bob was preceded in death by both of his parents, Floyd and Florence, his wife Cora of 49 years, brothers Bruce and Earl Foster, and sister Anne Olson. He is survived in death by his two sisters Carmen Gill and Carol Avenmarg, four children, Stefan (Sheri Foster), Lynn Foster (Martin Javinsky), Lisa Foster (Kip Buster) and Leslie McCabe (Al McCabe), his 10 grandchildren, and one great-granddaughter.

In lieu of flowers, contributions may be made in Bob’s name to the ACLU or Greenpeace.