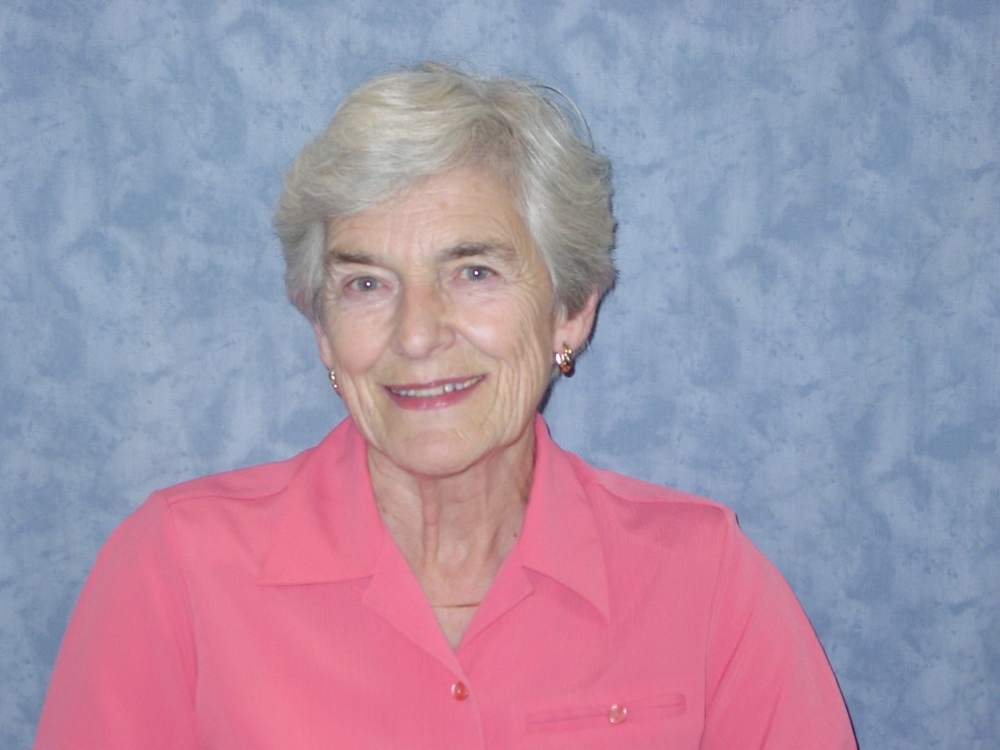 Hélène Jolas Soper, 88, of Iowa City, died Monday, July 22, 2019, at the Oaknoll Retirement Residence following a brief illness. She was surrounded by her loving children, who literally sang her home during her final moments.

Hélène was born in Harrisburg, Pennsylvania, and grew up in Mt. Vernon, Iowa, where her father was a Professor of Music at Cornell College. As both her parents were professional pianists, Hélène grew up marinated in music and graduated from Cornell College in 1951 with a degree in Music Education and Performance. On June 11, 1951, less than a month after her 20th birthday, she graduated from college in the morning and married the love of her life, Robert Tunnicliff Soper, in the afternoon.

Their marriage was a long and happy one, lasting for over 60 years. The early years were difficult financially, as Robert (“Bob”)was in medical school at the time, so the newly-weds lived on “love and fresh water,” as the French saying goes (vivre d'amour et d'eau fraiche). Over the course of Bob's training, the growing family lived in Cleveland, Ohio; Mason City, Iowa; and Liverpool, England; eventually settling in Iowa City, where Bob's career as a professor of pediatric surgery at the University of Iowa Carver College of Medicine spanned almost four decades. Hélène was a devoted wife for whom marriage and her husband's career was a partnership in the true sense of the word, so much so that when Bob was awarded an endowed chair in General Surgery at the University of Iowa, it was formally designated as the Robert and Hélène Soper chair.

Family was at the very core of Hélène’s life. She loved being a mother, a grandmother and home manager, and she fully embraced her role. Although an only child herself, she had a large brood of her own, six children, and she reveled in the joys and challenges of raising a big family. Her home echoed with laughter, music and many voices, usually all talking at once, and her kitchen was always fragrant with the mouthwatering scent of good things to eat. For Hélène, the concept of family was a flexible one, and over the years she welcomed countless people into her home, around her table and into her heart. As her children grew and established their own lives, she became a grandmother 14 times over and developed a close relationship with each of her grandchildren, welcoming family over the summer to 'camp grandma', and flying all over the country to spend time with her many loved ones.

She was also a prominent and engaged member of the Iowa City community. She was a longtime member of Trinity Episcopal Church where she was active in all facets of church life, especially the Altar Guild; a tireless volunteer at, among others, the Preucil School of Music and the Free Lunch Program of Iowa City; an ardent supporter of the arts; a member of P.E.O., E.O.S., and the Sunrise Book Club at Oaknoll; and a seamstress who sewed many a receiving blanket for newborns in her church and wider community. Moving into Oaknoll Retirement Residence in 2007, she quickly integrated herself in that community, which became like another family to her.

Hélène is predeceased by her beloved husband and survived by 6 children, 14 grandchildren and 4 great-grandchildren. Although she will be deeply missed by the many people whose lives she touched, her spirit, energy, flare and boundless love will live on in her family and friends.