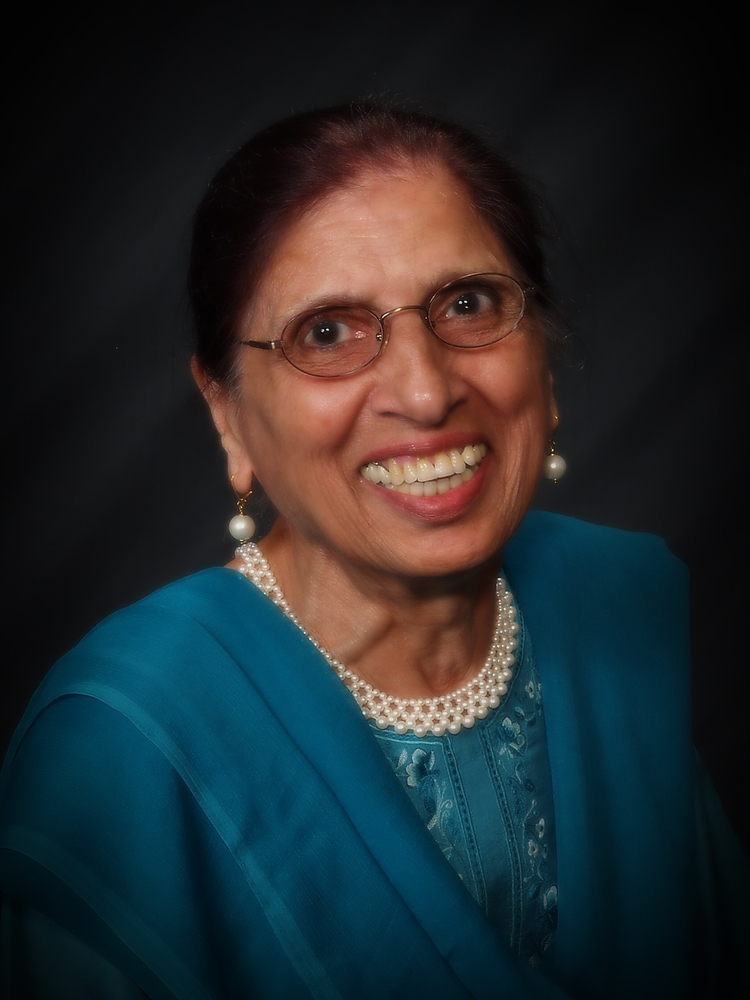 Ranjit Kaur Khurana, 85, of Iowa City, passed away peacefully surrounded by her family on August 20, 2019.

She was raised in India and was a high school math teacher. In the fall of 1967, she immigrated to the United States to join her husband, Surjit Singh Khurana. They lived in Iowa City, Iowa for the last 50 years where they raised their 3 children, Neeru, Guljit and Kav.

Ranjit worked at the American College Testing Program for over 25 years. After retirement, she was devoted to the local chapter of the charitable organization, People for People where she served as Treasurer. She also volunteered at the Iowa City Senior Center where she enjoyed serving and spending time with the elderly.

Her greatest joy in life was her family. She is survived by her husband, 3 children, 7 grandchildren, and 2 sisters.