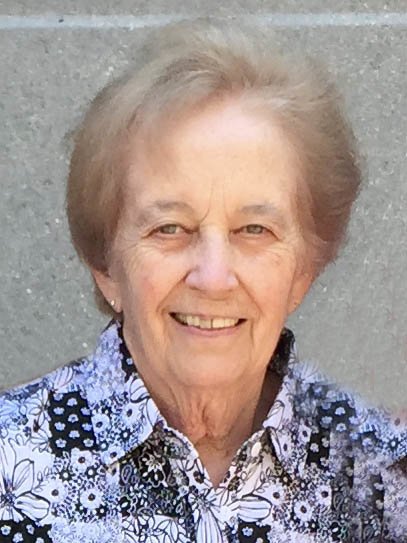 Edith Marlene (Brenneman) Summers, 83, of Iowa City passed away Saturday, September 14, 2019, at the University of Iowa Hospitals and Clinics.

A memorial service will be held at 10:00 am Saturday, October 5th, 2019, at the First Mennonite Church in Iowa City.  Visitation will be 4 to 7 pm Friday, October 4th, at Gay and Ciha Funeral & Cremation Service.

Edith was born November 14, 1935 at home in Wellman, Iowa, the daughter of Lloyd J. Brenneman and Cora M. (Yoder) Brenneman.  After graduating from Iowa Mennonite School, Edith held several jobs in Iowa City including house cleaning for Dottie Ray and Bump Elliot and working in Dr. Steven Horvath’s physiology lab to support her family after her father suffered a stroke.  It was during this time that she met Robert (Bob) Wendell Summers.  Edith helped to establish Dr. Horvath’s lab in Philadelphia for one year while earning tuition to attend Goshen College.  Edith and Bob maintained a long-distance relationship for several years before marrying on August 26, 1961 in Iowa City just as Bob began his first year of medical school. Edith and Bob’s 54-year marriage was truly a partnership: Edith supported Bob throughout his medical training by working in the laboratories of Drs. Abboud and Eckstein, and the couple jointly made decisions about careers, family, and life.

Edith’s selflessness and dedication to helping others were apparent in every aspect of her life.  She volunteered for almost 40 years at UIHC, supported many organizations benefiting children and families, and was active within the First Mennonite Church of Iowa City for nearly 60 years.  As an expression of her Christian faith, Edith collected hundreds of Nativities with Bob from all over the world, inspiring her entire family to find and create Creches for their collection. Throughout her life, Edith valued nature, music, and travel, but above all, her family. She made each child and grandchild feel individually loved and delighted in bringing the family together.

She was a devoted wife, parent, and grandmother who touched the lives of many through her kindness and humility.

Edith was preceded in death by her husband, Robert; her parents, her brothers, Virgil and Arden; and her sisters, Pearl and Wava.

She will be greatly missed and lovingly remembered.

In lieu of flowers, memorial donations can be made in Edith’s memory to the Crohns & Colitis Foundation of America (CCFA) Southeast Iowa Chapter, or to Mennonite Central Committee. To share a thought, memory or condolence with her family please visit the funeral home website @ www.gayandciha.com.