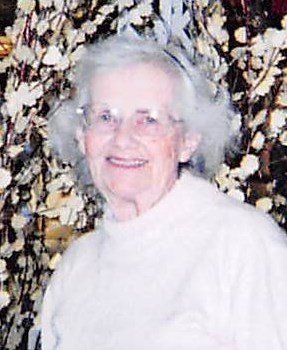 In the afternoon of Tuesday, October 1st, Charlotte fell at the nursing home where she resided.  Among other injuries she suffered in the fall, she had bumped her head quite hard.  There was external bleeding from the head injury and, as was later discovered at the hospital, internal bleeding as well.  Due to the blood thinning medication Charlotte had been taking, the bleeding proved difficult to control.  Charlotte lost consciousness in the hospital in the evening of October 1st.   She succumbed to the brain hemorrhage early on the morning of Wednesday, October 2nd.

Charlotte would like to be remembered as a mother and artist/poet, having been published in several poetry journals including Chicago Choice.  She worked mainly as a secretary at Poetry magazine, Newberry Library, the Illinois DOT and other businesses and institutions.

While living in western Illinois and raising her sons, it was important to her to expose them to nature, art, classical music, theater and archaeological/historical sites. She has lived in Chicago, Galesburg, IL, Knoxville, IL and Iowa City, Iowa

She enjoyed drives in the country, bicycling, hiking, was a lay expert on classic Hollywood movies and actors, loved and knew a lot about classical music/ballet, was a history buff, appreciated art, appreciated and engaged in creative writing, was a lover of nature. She was quite a wordsmith with a large vocabulary always ready with a definition for obscure words, spelling help, etc.

She was considered eccentric by many and suffered with mental illness throughout her adult life. Yet she had a wry sense of humor and a creative sense of personal style with hats, jewelry and clothing. She embodied unpredictability and had a lot of energy; she drove and walked in and around Iowa City running her errands and just doing what might be called stream-of-consciousness exploring!

A heartfelt thank you to all the staff of Briarwood Health Care Center for the loving and kind care provided to Charlotte during her time there.