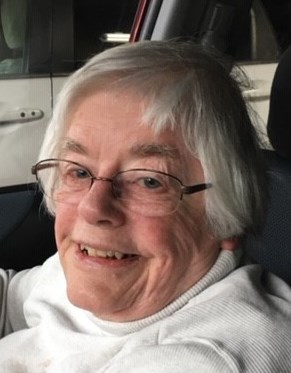 Jane Robinette Jakobsen died November 19, 2019.  A memorial service will be held when the family can gather in the spring in Iowa City.

Jane was the daughter of John T. and Mary Catharine (Cook) Robinette and was born in Springfield, Missouri.  She attended several public schools and graduated from Springfield Central High School in 1947.  She studied at Southwest Missouri State College where she earned a B.S. in 1951.  She received an M.A. in Statistics from the University of Missouri in 1959.

In 1951 she married James F. Jakobsen. They moved to Iowa City, Iowa in 1959.  Jane was an active member of the community, dedicated to civic life, public education, and service to the Presbyterian Church.  Over the course of her many decades in Iowa City she participated in the Johnson County Lung Association, Longfellow PTA, Ecumenical Towers, United Campus Ministry, and Associated University Women.  She was also appointed to the Iowa City Planning and Zoning Commission, served as President of the University of Iowa Staff Council, and was on the Board of the Robinette Family Association. A life-long member of the Presbyterian Church, she served on the session of St. Andrew Presbyterian Church, committees of the Presbytery of East Iowa, the Synod of Lakes and Prairies, the General Assembly Council, and the national Board of Pensions.

Jane worked in the University of Iowa College of Dentistry as a statistician for twenty years and was an author or co-author of over ninety publications.  She was a member of the American Association of Dental Research and the American Statistical Association.

She is survived by her children and their families: Tom and Nickie Jakobsen of Huntington Beach, CA; Janet Jakobsen and Christina Crosby of New York, New York; two grandchildren and their families, Emily Jakobsen and Ryan Flynn of Brooklyn, New York and Craig Jakobsen and Pooja Louis, along with one great grandchild, Malena Jakobsen of Chicago, Illinois; her brothers, Jack Robinette of Springfield Missouri; Paul M. Robinette and his wife Wendy Hornsby of Penn Valley, California; Stephen Robinette and his wife, Martha, of Springfield, Missouri.  Her husband of 64 years, James F. Jakobsen, died in 2016. She was also preceded in death by her parents, and by one brother, David Robinette of Cocoa Beach, Florida. In lieu of flowers, donations to St. Andrew Presbyterian Church are suggested.