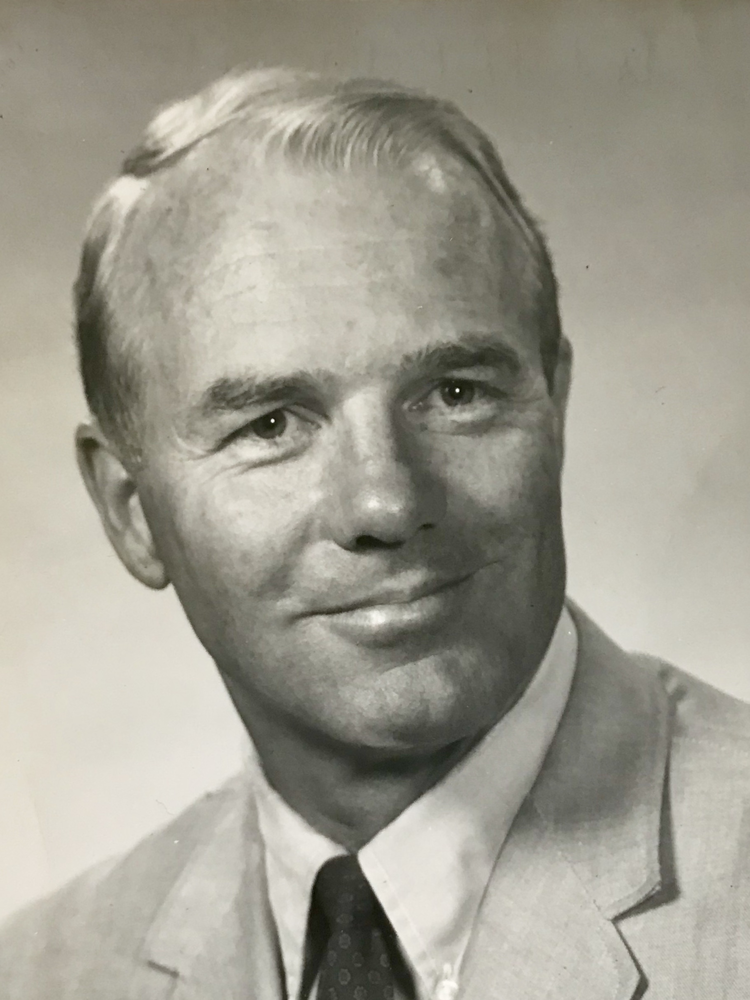 He was born January 30, 1925, in Detroit, Michigan to the late Norman and Alice Elliott. He was preceded in death by his beloved wife of 66 years, Barb; son, Bob; brothers, Joe, Pete and Jim and sister, Margaret.

Bump lived a full and wonderful life. He was a proud Marine who served in the Pacific in World War II. For over 75 years he epitomized the best values of the Big Ten athletic conference and its member institutions. His fundamental beliefs in academic excellence, gender equality, honesty, diversity and athletic achievement guided his life and career as a student athlete, coach and administrator. Bump proudly represented Purdue University, the University of Michigan, the University of Iowa, the Big Ten and the best of college athletics since 1943.

Bump was a true gentleman, a good, kind man who treated everyone he met with kindness and respect. He was gracious and humble, always seeking to deflect accolades to others. The very definition of class. But, Bump was also a ferocious athletic competitor. He was an all-state high school football star at Bloomington, Illinois, All-American two-way halfback on Michigan’s 1947 Rose Bowl and national champion team, the Big Nine’s most valuable player, captain of the College All-Star football team, three-sport letterman at Purdue and Michigan, and coached Oregon State, Iowa and Michigan to championships and Rose Bowl victories. The Rose Bowl held a special place in Bump’s heart. In 1989, he was inducted into the initial class of the Rose Bowl Hall of Fame, having participated as a player, assistant coach, head coach, assistant athletic director, athletic director and father of a son coaching in the famous game.

As Iowa’s Athletic Director for over 21 years, Bump provided leadership and guidance for the coaches and staff, enabling them to succeed on and off the field. He was particularly proud of his support for the growing women’s athletic programs at Iowa and nationally. There was nothing Bump loved more than to stand in the background, watching Iowa teams successfully compete.

Bump loved family gatherings and reunions. Every year his CLEO grandchildren would get together for an Iowa football game and enjoy his company and football insights. His greatest achievement was providing his family a daily example of how to live a serving life.

We are confident Bump has now joined his beloved son and brothers at their favorite restaurant to celebrate his arrival with an orange freeze. Bump’s memory will live on through the thousands of men and women who loved him throughout his great life.

The family would like to thank the wonderful nurses, staff and friends at the Oaknoll Retirement Residence and the nurses and staff at Iowa City Hospice.