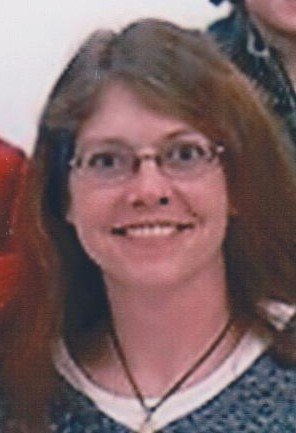 Cheryl and family, I send loving thoughts to you. I cannot fathom the pain you must feel, but remember those who love you and support you. Love.

It's taken me a week to gather my thoughts. It is so hard to memorialize someone who has meant so much to me for the past 30 years. Cindy was my second sister. She had a brilliant mind, a whip smart sense of humor, a passion for life and a heart of gold. I met Cindy when she first moved to Washington, DC. She was young and smart and passionate about economic equality and racial justice. While we worked at the same union, I was on loan to the Democratic Party and quickly recruited her as a volunteer. She spent her days researching policy prescriptions in the SEIU research department and her evenings phone banking for Bill Clinton and other Democratic candidates. She was a ball of energy and we became fast friends.

We won those races and celebrated in the middle of the night by breaking into Arlington National Cemetery and throwing our own little party with some friends at JFK's grave lol. There is a stunning view of Washington, DC from that vantage point and as the night turned toward morning, Cindy told me about her father and we decided we would be be good roommates. After a couple of weeks, she moved in with me and we forged one of the greatest friendships I will ever have in my life.

Months later, I took her down to Virginia Beach and introduced her some of my friends in the Navy. One of those friends was Brian Lucas who instantly fell in love with her. I remember her saying "I'm not falling in love with anyone right now," but she kept going to the beach with me. I dumped the guy I was seeing but Cindy kept going to the beach and the Navy crowd would come up to our place on the weekends. Brian was totally smitten with Cindy but Cindy was still resisting love. I remember telling her one day "you love the guy why don't you just admit it" and she would argue with me that she didn't have time for love or dating.

One of the funniest memories I have of Cindy was the day she made me go to a psychic with her. I didn't want to go but she dragged me with her anyway. As Cindy was having her tarot cards read, I could overhear the psychic telling her "you are in love with someone and you want to have a family." Cindy promptly starts arguing with this psychic and marches out the door saying "we can go now. This psychic doesn't know anything!" At this point, I was howling with laughter and happily saved myself a few bucks and followed her out the door. Two weeks later she would announce, "Brian and I are officially a thing now!" I replied, "is that like going steady?" Cindy started laughing, told me to shut up and we drank to Brian's persistence. Brian's persistence, heroic romantic gestures and Cindy's golden heart would create a partnership and love that would see them through 30 years of great times and heartbreaking illness.

Eventually we would all land in Denver, Cindy would give birth to her beautiful children and the Lucas clan would balance life while restoring an old house into a gem. When brain cancer struck, Cindy handled it like so many other things in her life. Her strong will, fighting spirit, gigantic heart and love for her family and passion for life would propel her to overcome so many obstacles. She was a defiant fighter and while brain cancer put limits on her and took away her ability to read books and write, she never lost her intellectual quickness, her big heart or her passion for creating a better world. She never let brain cancer define who she was, what she was about or how she would live her life. While her professional dreams of changing the world and becoming a lawyer were curtailed, she accomplished her most important dream. She had one overriding mission these last 16 years and that was to see her children grow up and have more time with Brian. As I told her in our last phone call, Mission Accomplished! Some people think Cindy was a medical miracle to get 16 years out of an 18 month death sentence. I just think of it as Cindy magic. It was mostly Cindy. Her will and her heart were stronger than her cancer.

Cindy taught me so much about grace, living, dying, never giving up and I will forever cherish the 3 hour phone calls we had about life, politics, death, children, family and staying strong. I will never know a person quite like Cindy again. She was original, independent, beautiful and her laugh will echo in my head for the rest of my life. I love you dear friend and I will miss you for rest of my days. To Brian, Miles, Conor, Cheryl and Gern, my heart is with you all. Cindy was so lucky to be your wife, mom, daughter and sister as well. You were the heroes of her life. Always remember that. xx

Nevertheless, against all odds

Yesteryears forever impressioned on us all.

Cheryl, my sympathies and love are with you. I can't imagine the pain you have after losing Cindy. She was certainly a fighter. You are in my thoughts. ❤️

From across the miles and the years, I hope through all of the grief will come memories of many joys shared with your loved one. It seems only the best die young. Keep that thought in your heart.

There are few words for us to say. So sorry for your loss, Cheryl and family. So glad Cindy was in our Pilot Club! Good memories and a great family. God bless.

I only learned to know Cindy towards the end of her life, but in that short time was grateful to have met such a beautiful spirit. Rest In Peace Cindy. Love and care Brian, Miles, Lia and Cheryl.

Remembering all of the shenanigans with Cindy as kids on 25th. Rest In Peace.

Cindy was a very special person with a great smile. She was my "Little Sis" and will be greatly missed. Love ya!

We are thinking of her family, Cindy will be remembered as such a sweet person.

Love to all, Greg & Terri Greiner and family

I have so many great memories of Cindy! Our family was extremely lucky to have the Wernimont family move next door to us. Cindy and I spent almost every day together growing up. Oh the fun we had. I was blessed to have such a great friend just a few steps away. These memories will be forever in my heart. Sending love, hugs and my deepest sympathy to the Wernimont and Lucas families. God gained a great one in heaven. Love Angie

I'm so sorry to hear of your mom's passing. She was a wonderful, kind woman and I always admired her strength and will. My thoughts and prayers are with all of you.

I have had the privilege of having Cindy as my daughter-in-law. She was a fabulous wife to my son. She gave me two beautiful grandchildren. She had a gentle patience about her that I admired greatly. Always confident and sure of herself. I loved her always and knew her as a fighter and hero in dealing with what life threw at her. She will be missed by all who loved her!!

Cindy was a very caring and kind person. She always had a smile on her face and had the best out look on life. She will be missed. Our deepest sympathies to Brian, Miles, Conner and Cheryl. You will all be in our thoughts and prayers.

Gathering for Family and Friends