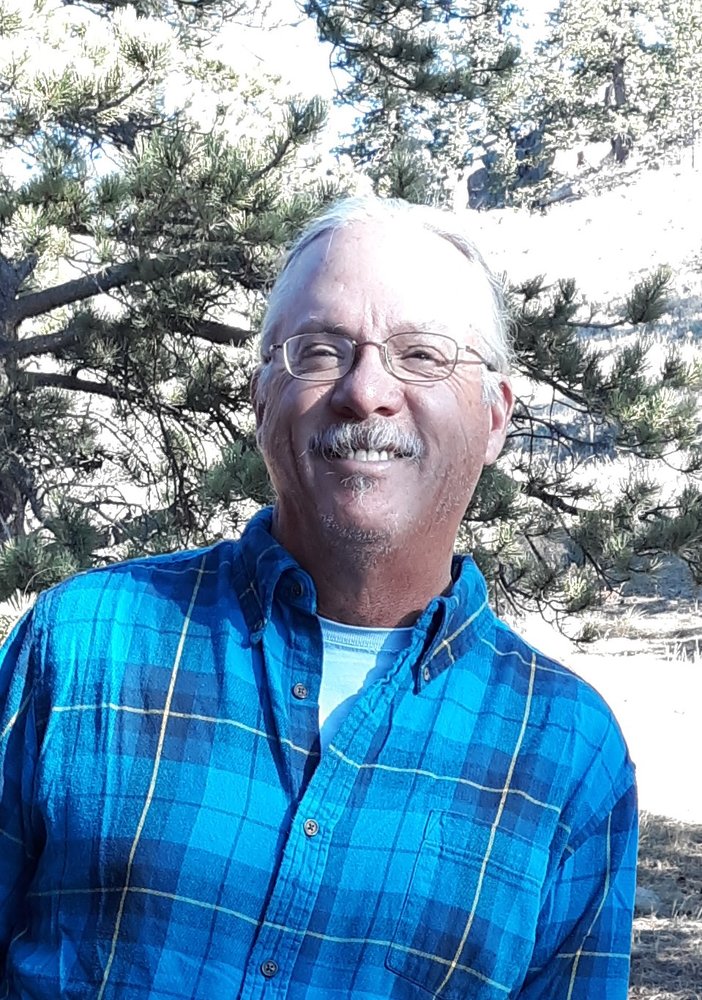 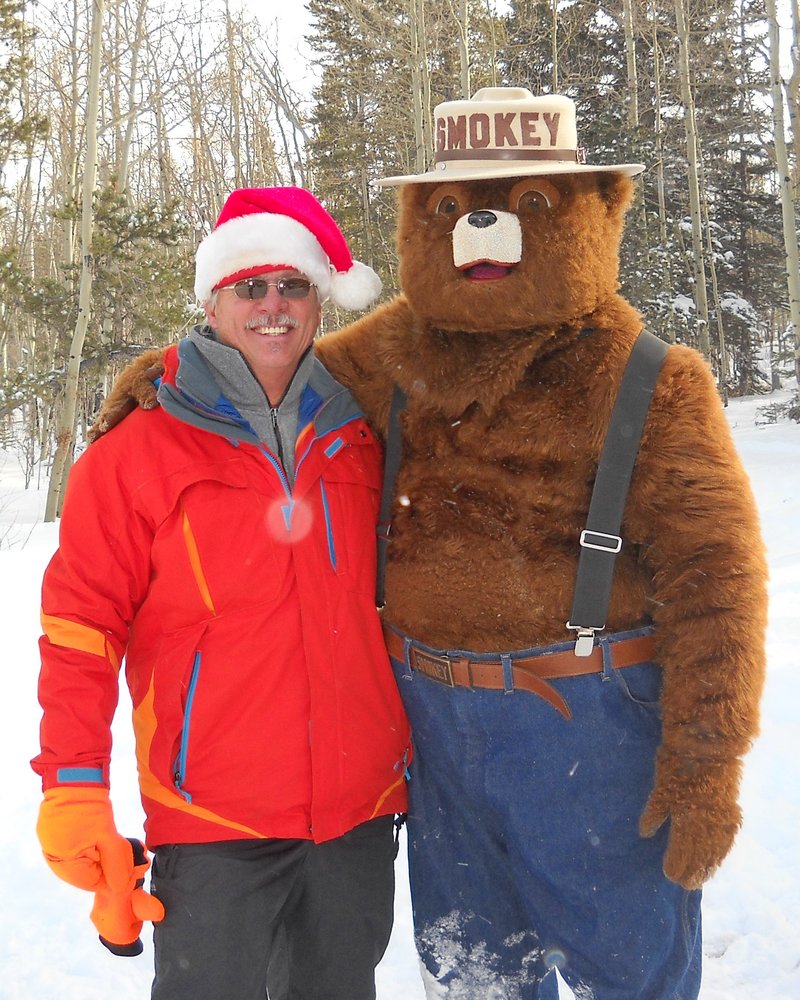 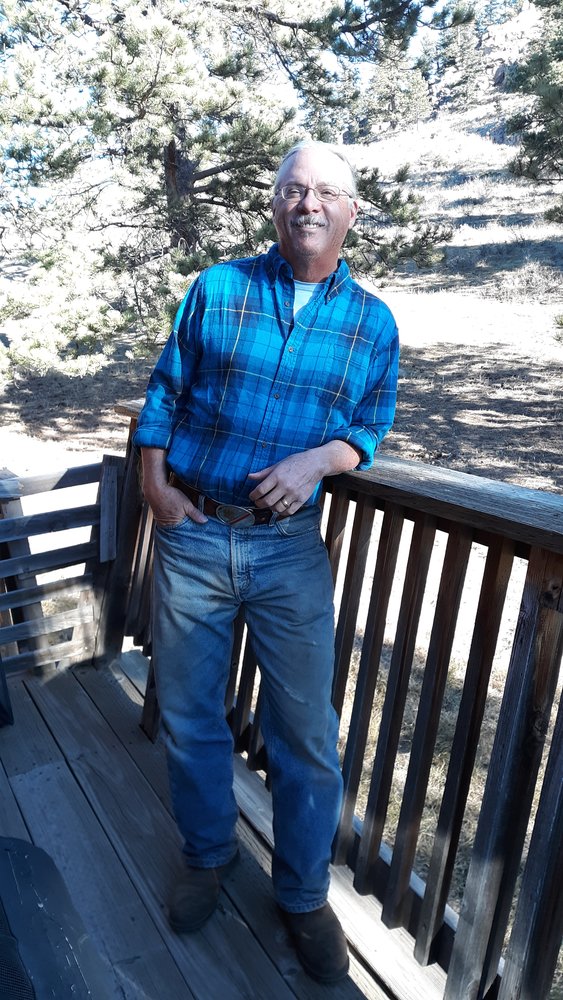 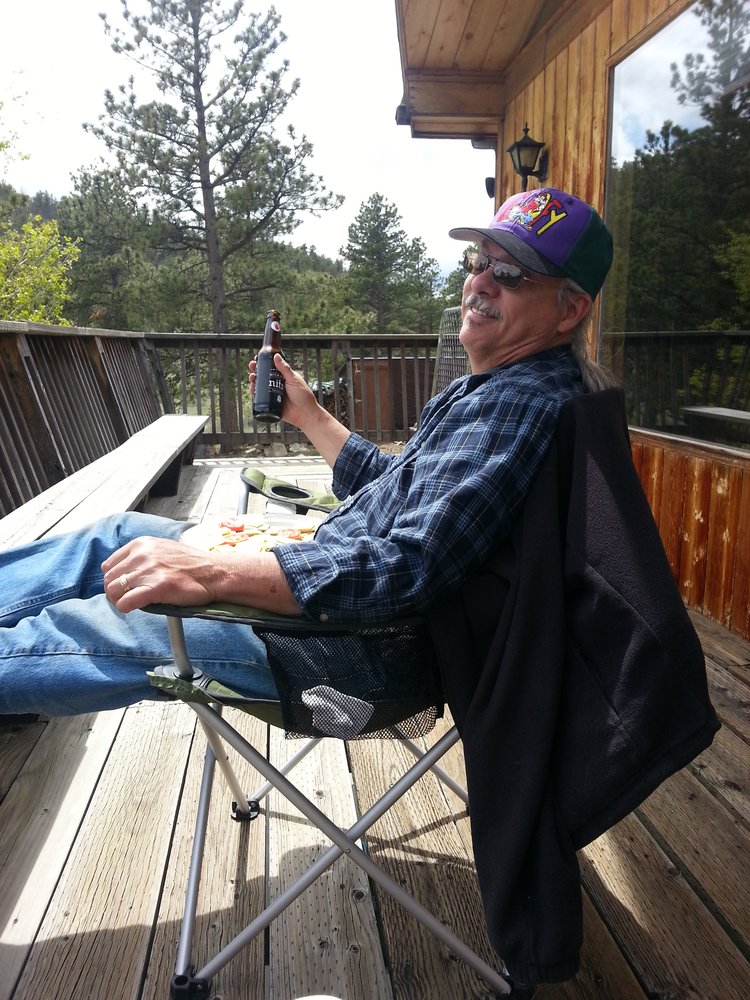 For those who have wondered, Steve passed from a two-year battle with pancreatic cancer.

We feel such sadness to hear of Steve's passing. My wife and I had been looking forward to a return visit to Colorado to see Steve and Brit again as our families had such a nice time visiting with them on the way home from a vacation to California. Unfortunately, Covid prevented our return visit last year. I have many wonderful memories of Steve in junior high and high school (despite being at cross town rival schools). We had renewed our friendship at the last couple of high school reunions. My wife and I send our thoughts and prayers to Brit and the entire family.

Many of us who worked in the Iowa Attorney General’s office would not have had useable work spaces had it not been for Steve’s double-duty as a skilled investigator and a skilled Dr. Fix-It for decades old Herman Miller cubicle walls and shelves.

I am so sorry to hear Steve will not be able to continue to enjoy his Colorado dream. For years before he retired from the AG’s office, he enthusiastically described his plans to move from flat Iowa to a state with steep slopes. I’m glad he made it to the mountains. I send my condolence to his family, his friends and his critters.

My condolences to all the family and close friends of Steve. The news of his death greatly saddened me. I haven’t seen Steve in many years, except for a couple of CHS 1976 class reunions. However, Steve stands out as one of my best buddies from back in our high school days. I remember spending a lot of time with Steve, sharing laughs in the band room, attending parties, going sledding and ice skating, going to Homecoming together, and even attending concerts (ZZ Top wasn’t one of my choices, but Steve sure enjoyed it!) I especially enjoyed our last class reunion held a few years ago. Reconnecting with Steve and hearing about his life was great. He kept saying how happy he was living in Colorado with his wife and family. I will always have a special place in my heart for Steve. I’m certain he’s touched many lives with his great sense of humor and joy of living. Deepest sympathies from Laura Lake.

Sorry for your loss.I did not know Steve but he was obviously very talented.

God bless you all.

Steve loved to have fun! Bowling once a year with Steve will always be remembered! RIP Steven

Steve Switzer was the kind of friendly next door neighbor you think only exists on TV shows. At first we were mostly over-the-fence friends, but that friendship slowly deepened especially between my late husband Dan Miller and Steve. The two of them talked about all sort of things and ribbed each other regularly. They were also known to share a drink on birthdays and at the holidays.

When we moved a few blocks away nine years ago and I wouldn’t allow Dan to bring along his beloved polyester orange plaid couch, he bequeathed it to Steve. And he, in turn, never missed the chance to tease Dan about how comfortable that couch was (though I don’t think he took it to Red Feather Lakes!).

After Dan became ill, Steve kept in touch. And even after we lost Dan, Steve paid me a visit just to check in on me, I think. That meant a lot.

I was heartbroken to hear about his cancer diagnosis. He was such a fighter. Just a month ago I was visiting the Denver area when I learned he was starting a new experimental treatment in nearby Aurora. But though we both tried, our schedules didn’t quite mesh for a meet-up. I was sad then, heartbroken now.

I hope he and Dan now are sharing drinks together somewhere, maybe sprawled on a comfy orange plaid couch. My deepest sympathies to Brit, James and the rest of the family.

We were so sorry to hear of the death of your beloved brother. We have many precious memories of your family and ours over the years and Stephen was a large part of them.

If we can be of any help to any of you, please call ... we are listed.

Please know that you all are in our thoughts and our prayers.

As I sit here in retirement, and watch the "train" of government keep leaving late, arriving late or not at all, and denying basic response to so many, for such silly reasons, if reasons at all, I think back on my years at the AG's office with colleagues like Steve, and remember fondly how our "train" ran on time. Steve was one of the reasons for that. He was one from those days when "public service" was honorable, respected, and cherished. Thanks Steve for those years with all of us, and on behalf of all the citizens you served, so well and so long: thanks, my friend. See you on the other side.

SES always enjoyed a good story and a good joke and could tell quite a few. He was a good man, and the world will miss him. Our condolences to Brit and James and all his loved ones.

I can't believe this news and it hits hard. For most of my life Steve was like a brother to me and his family my second family. Steve and I had such good times from Junior High to adulthood. We thought very much a like which at sometimes could be dangerous. LOL I was just thinking of Steve and his dream home and how well his relationship with Britt turned out. I still remember her old pickup from decades ago. I am closest to Suzanne and Syd so my thoughts are especially out to them.

So sorry for your loss. Steve and I worked together in the Attorney General's Office he helped countless consumers.

My condolences to the Switzer family. I met Steve back in Iowa City. I want to give a virtual hug to Sydney.

Switzer family sorry for your loss. You will all be in my prayers. Keep all the good memories in your hearts forever. God Bless

Share Your Memory of
Stephen
Upload Your Memory View All Memories
Be the first to upload a memory!
Share A Memory