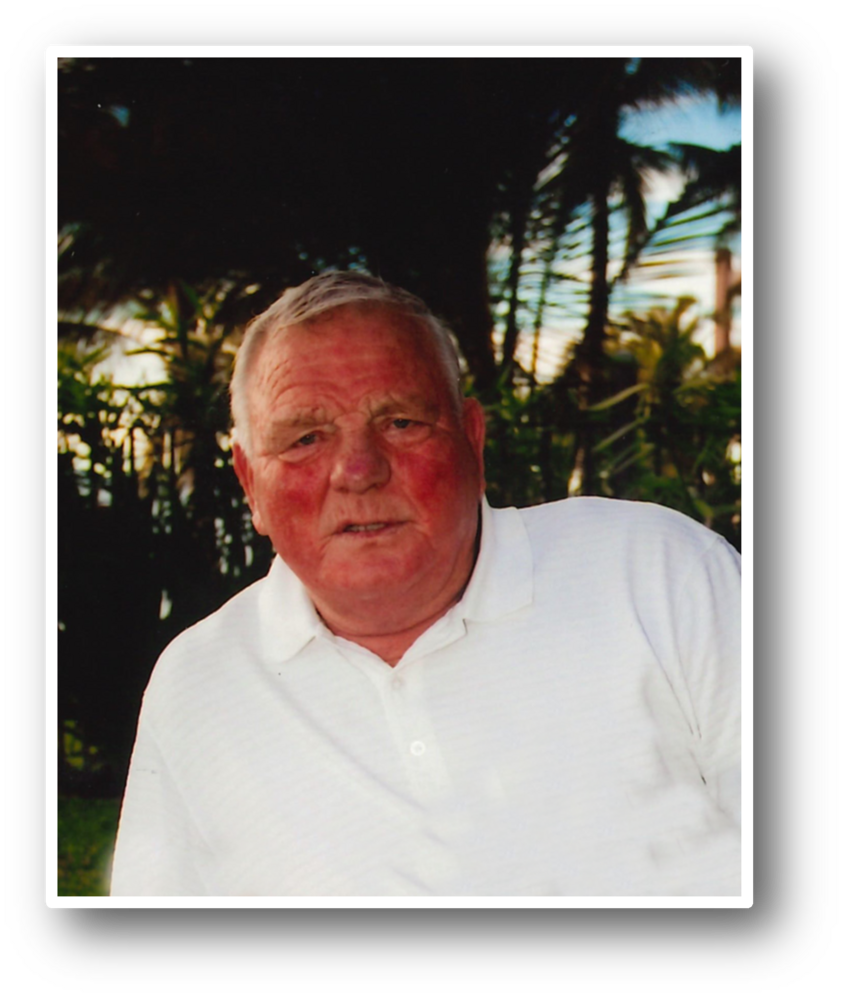 Sorry to hear of Bobs passing, I lost my wife a few days later. It is a tough time, but I can never for get when I built our Log Home Bob brought out 2 of his cement crew guys to build a 72 foot long ridge beam with the rafters. Each one cut by hand saw. I also worked on some of Bob's projects. He was a very special man and I know the family will miss him.

In 1976 Bob was my framing contractor when I built my house and studio in a forest out on Sugar Bottom Road, north of Iowa City. Bob was smart, strong, and a pure joy to work with. He took my plans and turned them into a fantastic space that has stood the test of time. The world has lost a great man ...

Sorry to hear of Bob’s passing. I met Bob in 1963 when he got a summer job working construction with my stepfather, Red Hunzinger. The first day of work he rode up on a mo-ped. He was a lot bigger than the mo-ped. Later on he showed me an award he received from Notre Dame engraved “Most Feared Opponent”. That says something about his football skills. One year he went elk hunting with us in Colorado. There was a guy arm-wrestling people for drinks. Bob tried to bow out but the man insisted (alcohol may have impaired his judgement, but he was pretty big). Took Bob about 10 seconds. The man was pretty sure it was a trick and wanted a second chance. Same result. He was so impressed he bought all of us drinks and every time he walked by he’d say “You a strong man!” He was right. Bob was also a good man. Many Bob stories out there. He’ll be missed.

Condolences to Mark, Dave and Brian and their families. This loss really hits hard.

Bob was always bigger than life to me, tough as nails (“You’ve got some hard bark on you, mister”) but also kind and fair. As others have mentioned, Bob was someone you just didn’t want to disappoint because you felt like you let yourself down more than him. He set high expectations but only because he knew you could do more. His work ethic was relentless, which set the example for others to follow. I lost my dad when I was 15 and Bob helped fill some of that void by providing a father figure, whether he realized it or not.

As others mentioned, Bob liked to tell stories. I think the one I liked most because it really encapsulated Bob, was a story he told of his much younger years when he was on a hunting trip in Idaho. He found himself with each arm pinned against a barroom wall while a big guy, in Bob’s words, “was working me over pretty good.” Bob, without skipping a beat, then said, “but then I got an arm free and I was ok.” For the rest of us, just getting an arm free is still pretty bad odds but for Bob, it was all he needed. No challenge was too great to overcome.

I also remember watching the movie The Last of the Mohicans with Bob, likely over a bowl of ice cream, when he commented about one of the British officers who always just escaped certain death, “That Duncan, he is a survivor.” And that is what Bob was too. One of the hardest things I’ve seen is when Bob came home from the hospital after the car accident that tragically claimed Diane. Here was a man, I thought incapable of being injured, with significant physical and emotional injuries. Again, a situation many would not be able to overcome but Bob survived.

Cancer is a relentless foe, clearly, as there was no tougher fighter than Bob. I take solace in knowing he lived a full life and his sons filled him with pride, but I sure wish Bob could have got his arm free one last time. Rest In Peace, Bob, you will be missed.

How shocking to hear of Oberts passing (I called him that for years since the R was missing on his mail box name) One of my favorite people ever. If one ever needed anything he was there. We both hit town about the same time 1962-63 & had many good times in our young & carefree days. We were wrestling fans before there were many fans. My condolences to the family you will be missing a good & principled one

Condolences to all who are grieving Bob's death. My late father, Bob, and Bob shared the "Wayne State" connection and the construction dedication for years... my favorite memory was when Bob Mitchell was helping place a steel i-beam that would hold up the garage floor of our family home Dad & helpers built in 1991-92: Bob M. told about 10 of us to grab one end of the beam, he picked up the other end and proceeded to walk around the recently poured basement walls where it would nest at the top of the foundation; as he had the i-beam on his shoulder, he stepped up on a wooden ladder that wasn't up to the task (the bottom rung split), Bob exhaled a bit, put the i-beam on his head, moved the ladder out of the way and super-humanly "craned" his neck to gently rest the i-beam in place, turned around to the 10 of us with our mouths open and said, "Careful, don't pinch your fingers when you set that end in place."

To all of Bob's dearest that have been left behind:

He broke the mold after He made Bob.

I only have good thoughts of Bob and his generosity, generous with his time and he always had a $100 bill for anyone that needed it in a pinch. I saw him slip a bill to quite a few, he never expected to be repaid.

Our thoughts and prayers are with you now in this saddest of times.

My condolences to the Mitchell Family. Bob’s attitude towards life made me and so many people better. He always had a way to make you smile if he was just being nice or chewing your butt. Bob was special human being and you knew it the moment you met him.

My heart is broken and my thoughts are with Bob's family during this diffcult time. The Lord now has a great man. Bob may have been able to crush a mans skull with his bare hands but he was the most generous man I have ever come across. I was fortunate to live with the Mitchells for 3 years while I was a GA at Iowa. He and Diane treated me like family. There are no former Hawkeyes who can hold a candle to the number of former athletes Bob and Diane took care of and welcomed into their home. When I think about bleeding Black and Gold, I think of Bob Mitchell. I will truly miss those beady eyes and warm hearted smile.

Mitchell family sorry for your loss. You will all be in my prayers. Always enjoyed talking to Bob. Keep all the good memories in your hearts forever. God Bless

Sending sincere condolences on your loss . We are very sorry for your loss . He was a wonderful guy . No grass ever grew under bobs feet . He was a busy man .

I’m sure Diane welcomed him home with wide open arms . Cherish all your great memories.

I’m so sorry to hear of Bob’s passing. I spent time babysitting you boys and around the driveway basketball games with the dads of the neighborhood on Fairway Lane. Bob was an incredibly funny guy who was always cracking jokes. I’ll never forget his smile and laugh.

We are so sorry to hear Bob has passed away. He was a great man with so much to share and I loved his stories.

I loved his smile and energy. He will be missed by so many that he supported and set an example for.

We enjoyed spending time with you and Roxie in Puerta Vallarta and will never forget you Bob!

Our sympathy to all of you as Bob will be missed by so many.

To the Mitchell and Gable family, I'm so sorry for your loss. Sending thoughts and prayers to you all at this difficult time. Bob was a funny, great man to know. He loved his family so much especially his boys. He will be missed.

We all loved Bob.

Hugs to each of you♡

Mr. Mitchell was a special man sincere, honest and loving. I was honored to be able to know him and call him friend. We all will miss the stories and that great Bob smile! You will be missed. Rest In Peace.

My sincere condolences to David, Mark, Brian and the entire Mitchell family. Bob was one of the really good guys, an intense competitor and a man with a passion for improving the quality of programs for Iowa City youth. He will be greatly missed by his many, many friends.

I was saddened to learn that Bob had passed away.

I will miss seeing him at the City High events.

Bob was truly a great man. I'm glad I can call him a dear friend. My sincere condolences to the entire family.