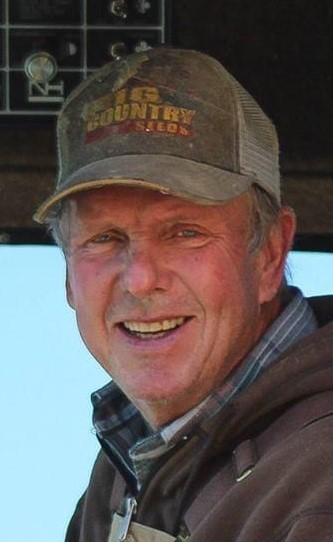 I warmly remember Gary as Dennis’ older brother who was cheerful 100% of the time, and working 98% of the time.

Gary will be missed by so many. I will always remeber his caring manor and his laugh. His family was his whole world. Prayers and love to the entire family.

Thoughts and prayers for you and your familys

Gary was my oldest and best friend. We met in 1955. Followed were many laughs, fights, and in all truthfulness, outrageous, unbecoming, and, quite often, undignified behavior. Never was there a need for a point of reference or introduction to any discussion. If he didn’t know what you meant, and you knew it by looking at his face, a one or two word reminder brought forth a giggle or howl. (More about reading Gary’s face in a moment).

Gary would analyze a subject to smithereens. Sometimes you could be the smithereens. It was his right to do so. He wasn’t satisfied with the prima facie answer. He had to get to the bottom of it all. He searched for truth in his life: in his own life too.

He found it in his faith. He knew the difference between good and evil even if you didn’t. He took Christ’s words to heart to make disciples of all nations. He was directly or indirectly responsible for 5 converts that I know of, without looking at notes or having to verify facts.

In addition to analysis, Gary could objectify everything, most surprisingly, himself. Just another matter to look into. If there wasn’t time now, later would do.

He laughed the hardest at himself. And, he could really laugh. His humor was a dissertation of refined practice and reading the expressions of his audience. His late in life loss of remembering the lines of jokes was painful for us to watch but it didn’t hurt like it hurt him.

The esophageal cancer in late 2010 would probably been diagnosed earlier had he not had such a tolerance for pain. That trait came in handy on the farm where work related injuries are common. But, he could microwave his coffee to the point that it could withstand an Iowa winter in his travel cup. Will never forget the beet red face, the blond crew cut, the look of detached amazement, and a large tear rolling down from his left eye as he surveyed his little, mangled right hand after the right rear door of the silver 1960 Chevy was slammed on it. It looked like a waffle in the shape of Texas. Again, he could objectify a lot.

Gary’s face told it all. Often, within seconds, it could evolve from outrage, to judgment, next to partial relaxation, and finally, to a resigned or humorous cast. You could react to each one but you were often too slow.

You always knew where you stood at least for the moment.

Finally, there is no honest discussion of Gary and what was important to him, at least after 1973, without Cynthia. The marriage and their family was the one thing that mattered. She could match him on every level including love, devotion, and unreal sacrifice. In Gary’s foxhole of life there were Cynthia, Morgan, Melanie, Joe, Reid, Andy, and Molly.

Even these, however, needed to let go, if only temporarily, when he saw his grandchildren.

See you soon, Gary. Hopefully, not too soon, but even that would be okay if I could see the kaleidoscope of your face again.

We have another bright star in heaven shining down on us Gary was a great neighbor and friend and will be missed. You are in our thoughts and prayers

Why do the great ones go early. I loved Gary's jokes, no one could tell a joke better and he had so many. I am so sorry to all the Hotka family. Take care in knowing he is certainly in a better place in heaven.

Cynthia and family, our thoughts and prayers are with you and your family. I enjoyed meeting and talking with Gary when we visit my sister. He sure will be missed. Joe and Jill Reid

Rest in peace Gary. My thoughts and prayers are with your family. Jeff Strub

Gary was A great guy and he was always full of humor an good spirits. It is a great loss that he has passed.

Cynthia and all the family, I am so sorry for your loss. You are all in my heart.

Cynthia and family, I am so sorry for your family's loss.

So sorry for your loss, you have our deepest sympathies.

Gary was a wonderful man. A great role model for Joe, Melody, and Morgan. He was a MAN OF GOD always. He loved Cynthia unconditionally. Worked hard all his life and asked for so little in return. He enjoyed having coffee with friends at his home or yours, as long as the cup was narrow and not wide mouthed. He was a dear friend and Perry and I will miss him. May God welcome his true and faithful servant.

May he rest in peace. What a role model for humility he was! Always smiling and happy. We are proud to call him a friend and child of God!!! Barry and Donna Johnson

Share Your Memory of
Gary
Upload Your Memory View All Memories
Be the first to upload a memory!
Share A Memory