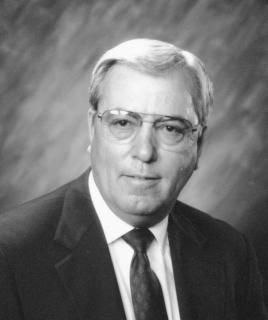 His family includes his wife, Dorothy Brumwell Kidwell of Iowa City; three sons, Jan Kidwell and his fiancé Andrea Schminkey of Cedar Rapids, Kevin and his wife, Carol Kidwell of Solon, and Brent and his wife, Rose Kidwell of Iowa City; two daughters, Cathy and her husband, Tom OBrien of Shoreview, MN, and Carla Crawford and her fiancé, Paul VanBuren of Phoenix, AZ; mother, Marjorie Cavanaugh of Clarinda; brother, Jim and his wife, Mona Kidwell of Atkins, IA; sister, Doris Al Noori of Moline; grandchildren, Jesse Kidwell, Erin Kidwell, Aaron Lucy, Sam Jaspering, Shayna Schminkey, Codie Schminkey, Heather Kidwell, Matt Kidwell, Lindsey Kidwell, Kelsey Kidwell, Heidi Kidwell, Katrina Kidwell, Casey Kidwell, Brandon Kidwell, Tiffany Kidwell, Mara OBrien, Lauren OBrien, and Danny OBrien; brothers-in-law, Vearl and his wife, Dea Brumwell of Dade City, FL, Harlan and his wife, Jeanie Brumwell of Cedar Rapids, Vernon and his wife, Linda Brumwell of Chapel Hill, TX, and Norman and his wife, Eleanor Brumwell of Solon; sister-in-law, Imogene and her husband, Bud Adair of Central City, and many nieces and nephews. Bill was preceded in death by his father, Franklin C. Kidwell. To the many that knew Bill, you knew a man that so loved his family, and a love for his career in law enforcement profession that spanned most of his life.

William A. Kidwell was born September 15, 1935 in Brooks, Iowa the son of Franklin and Marjorie Odell Kidwell. He graduated from Casey High School, Casey, Iowa in 1953, and had attended Drake University and Kirkwood Community College. During the Korean Conflict he served his country in the United States Army. On October 14, 1956 he married Judith Wolfe Crawford. The couple was later divorced. He later married Dorothy Brumwell June 3, 1977 in Iowa City. Bill has spent a lifetime in law enforcement, starting his career with the Iowa State Highway Patrol from the years of 1961 to 1969, a chief investigator for the Administrator of the Veterans Administration in Washington D.C. 1970-1971, as a uniform patrolman, juvenile officer, and detective with the Iowa City Police Department from 1973 until 1984, worked as an investigator for American Amusement Machine Association for over five years, self-employed as a private investigator, and prior to his retirement in 1998, worked for Third Party Services as an investigator.

Bill was active in his professional career and believed in being involved in his community. He was a member and or active in the following, member of the Board of Directors for the Iowa City School District, Board of Directors for Johnson County Juvenile Diversion Program, Iowa City Masonic Lodge, Shiners, Consistory, past president of Iowa City Boys Baseball, past cub master, scoutmaster, organizer of Iowa City Police Explorer Post, charter member and organizer of Johnson County Peace Officer Association, past member of Daybreak Optimist, and Eastside Kiwanis Clubs, and had served with the American Red Cross as an instructor. He was past president of the Iowa Association of Private Investigators, and past chairman of the Johnson County Republican Party.