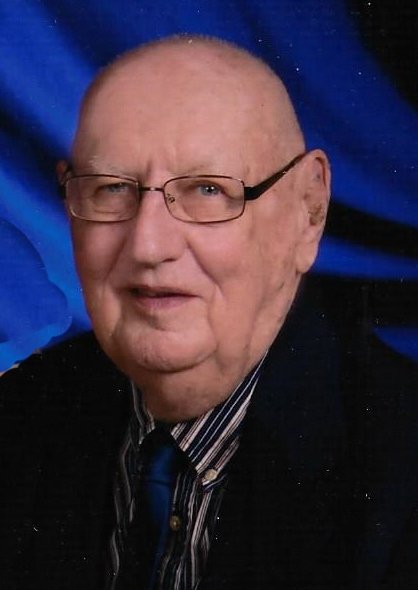 Graveside Services will be held at 11 am, Saturday, October 27, 2018, at the West Branch Cemetery in West Branch, Iowa with the Reverend Jill Michel officiating.  Memorials may be directed to Iowa City Hospice (1025 Wade Street, Iowa City, IA, 52240) or First Christian Church (900 Lincolnshire Place, Coralville, IA, 52241). To share a thought, memory or condolence with his family please visit the funeral home website www.gayandciha.com.

Delmar was born in rural Elizabethtown, PA, on March 29, 1928, the son of Walter W. and Elva (Stoner) Ebersole.  He married A. Ruth Moyer on April 9, 1949, at Hernley Mennonite Church, near Manheim, PA.  They celebrated 69 years together.

He was in sales for Harvestore Silos for many years.  In his retirement here in Iowa City he worked for Lenoch & Cilek ACE Hardware until 2017.