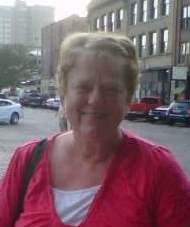 Funeral services will be held at 5 pm Friday, December 7, 2018 at the First United Methodist Church in North Liberty, where there will be a time of visitation from 3 pm until the services on Friday at the church.  In lieu of flowers a memorial fund has been established in Dixie’s memory.  To share a thought, memory or condolence with her family please visit the funeral home website @ www.gayandciha.com.

Dixie Lea Wiese was born August 26, 1960 in Clinton, Iowa the daughter of Harry and Bonnie (Boyar) Wiese. Growing up in Charlotte, Iowa she graduated from North East High School in Goose Lake, Iowa.  She married Robert H. Gardiner on September 22, 1995, at the First United Methodist Church in North Liberty, where she and Rob have continued their membership to this day.  She worked as an Optometrist at Walmart Vision Center in Coralville, a career that spanned more than 15 years.

Dixie enjoyed many things in her life, of course her family was the most important, but she and Rob were also foster parents to 32 children, and block parents to many more throughout the years.  She enjoyed fishing, camping, collecting antiques and “other collectables”, made sure everyone and their brother was always fed, and on multiple occasions enjoyed the role of the “matchmaker” (with limited success!).