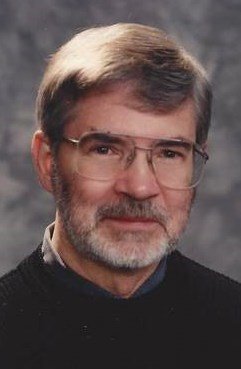 Thomas E. Layman, physician, audiophile, lover of literature and art died at 83, while surrounded by family on Monday, December 24, 2018, following a decade long fight with cancer.

A time of visitation will begin at 1 p.m. on Saturday, December 29th followed by a celebration of Tom’s life beginning at 3:00 p.m. at Gay & Ciha Funeral and Cremation Service.  To share a thought, memory or condolence with his family please visit the funeral home website @ www.gayandciha.com.

Tom was born August 13, 1935, in Sterling, Illinois, the second of three children to Wendell and Jessie Layman.  Following graduation from high school in Stronghurst, IL, he attended the University of Illinois at Champaign Urbana, where he earned his medical degree.  As a physician, Tom practiced and taught medicine in Minneapolis and Iowa City retiring from private practice in 2008.  He stayed involved with medicine by being medical director at Biotest until October 2018.

Aside from his passion for medicine, Tom deeply enjoyed music, collecting vinyl and putting miles on his tube-amplified stereo system. Tom loved art, spending afternoons working in the yard, and reading late into the night. He loved his family, his friends, and his pup, Koda.

Tom is loved by his family which includes his children, Robert (Sheila) Layman, Jodie (Gary) Bramel, Ezra Layman, and Isaak Layman; 4 grandchildren, Alec and Christopher Bramel and Sterling and Courtney Layman; former wife, Brenda Pearson; his sister, Joan (Don) Johnson; and brother, Jon (Donna) Layman and many dear friends which he considered family.  He was preceded in death by his parents and former wife, Patricia.

Share Your Memory of
Thomas
Upload Your Memory View All Memories
Be the first to upload a memory!