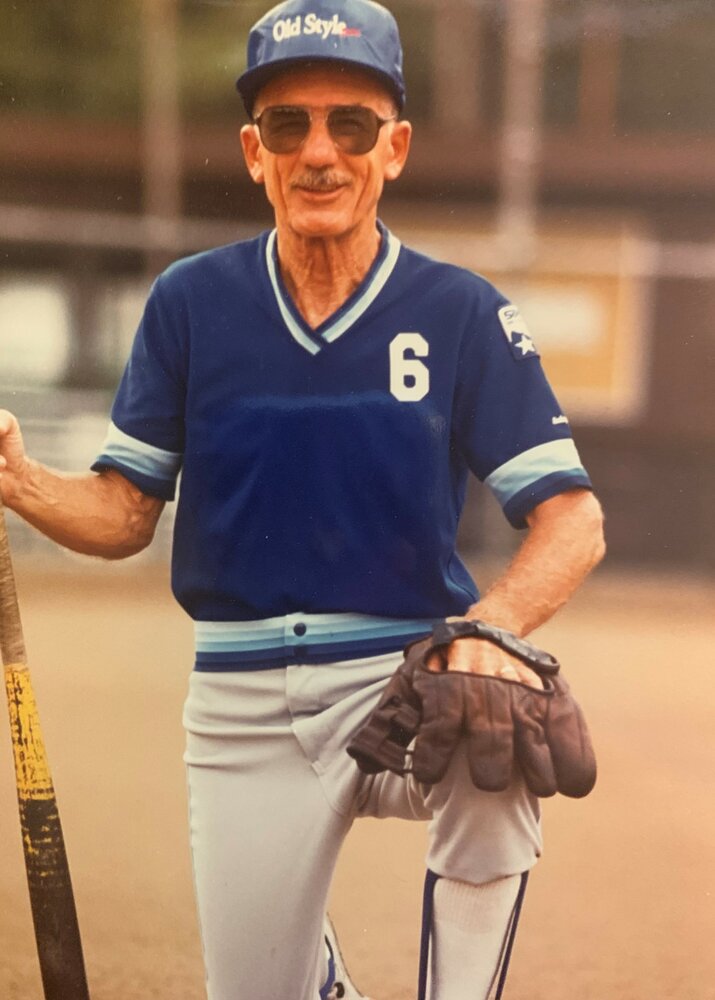 Ed and Dick went to the Johnston Police Academy together in 1971. From that point on Dick & Judy and Ed and I became life long friends. Some of my fondest memories: softball games in Coralville, Iowa City, and Waverly; baseball trips to Chicago, St. Louis, and Kansas City; trick or treating with Jenny & Darrin to their house; many shared meals; eating out together at the Bryn Mawr Steak House; celebrating birthdays and anniversaries together; and I could go on and on. Stories & jokes were abundant when Ed & Dick were together. Judy & I worked together for many years, and Dick & Judy were "bonus" grandparents to our children. I am sure Ed & Dick are sharing stories and maybe even playing a little softball together in Heaven!

My sincere condolences and prayers go out to the Brookhaus family for your loss. Dick was an all around “good guy” who always had a joke to tell, yet could become serious when he needed to.

I first met Dick in 1973 when I became an officer for the University of Iowa Security Department. Dick was my training officer. As such, we spent many hours together ‘learning the ropes’ and how to outsmart the supervisors. He was very conscientious and thorough in his training, yet kept it enjoyable. We became fast friends.

When I was hired at Coralville PD, our relationship continued. I will be forever grateful for the kindness he and Judy showed Roxie and I at Thanksgiving in 1974. I was the only officer on duty in Coralville and Dick and Judy invited us to share a thanksgiving dinner with them. Their kindness made a big impression on us.

Over the years I enjoyed my frequent contacts with him when he would stop into the CPD and visit. He was a friend and supporter to all of us. I always valued his friendship, humor and sincere availability to both the PD and to me personally. I will miss him.

So sorry to hear of your Dad’s passing

He was a one of a kind guy

We lived down the street at 603 9th Avenue and I went to school with Jodie and my Mom and yours played bridge together. I was just wondering how he was earlier this month. Take care of each other

Thoughts and prayers to all of Dick’s family and friends during this difficult time. Dick was a true friend, teammate, story teller and comedian! Dick always had a joke to share. Dick loved playing softball, watching baseball, Culver’s spicy chicken fingers and Snicker blizzard from Dairy Queen. Dick loved going for rides. During our adventures we would drive through IC to see what was new. Stop by the cemetery to visit Jody’s grave and park in the IRP’s parking lot to eat our ice cream and watch the ducks and bald eagles. It was a true Honor to be a friend of Dick. A LIFE WELL LIVED. Rest In Peace FRIEND!

Condolences to the Brookhaus family.

Great memories of our Army banter. Rest easy Soldier and stay off my sidewalk.

Dick was such a fantastic guy. We played so many softball games both league and Waverly tournaments. I loved seeing him out on his walks. RIP Dick. Condolences to your family.

I met Dick in 1989, shortly before he retired and shortly after he hit one over my head in center field. "The old guy can still turn a double-play" is what he told me in the hand shake line. A friend, prolific story-teller, Cardinal-fanatic and one of the nicest guys you could ever hope to meet. Dick never had a bad day, and we're going to miss that. Rest in Peace DB.

Our condolences to the Brookhaus family. He was always one of the good guys. And a Saint. We will miss you Dick.

Brookhaus family and friends sorry for your loss. You will all be in my prayers. Dick was such a great husband, dad and friend. It was a true honor to play softball for many years with him. We use to live across the street on 9th from him and Judy. When he worked for UIPD we enjoyed working the football games together. R.I.P Dick God called you home he needs a second baseman!

Such sad news about his passing. Played alot of softball with Dick on Police softball teams. Never saw him without a smile on his face. Never a bad mood when Dick was around. You will be missed my friend.

I’m so sorry to hear of Dick’s passing. Dick worked with my dad for many years at DPS. I always remember Dick as being such a nice man. My condolences to his family and friends. May your wonderful memories bring you so much comfort. And may he Rest In Peace.

I loved chatting baseball with Dick. One of the very best. I mean, he could’ve been a Cubs fan but I guess Cardinals is second best. Ha.

One of the most gracious individuals I’ve ever had the pleasure of knowing. Rest easy, sir. Thank you for all the conversations.

One of my favorite people. Rest easy, friend.

I'm so sorry to hear of Dick's passing. I worked with Dick for 17 of his 20 years at the UI Public Safety Dept. Dick was one of a kind, and there was never a dull moment when he was around. His sense of humor was second to none, and I loved his laugh. He was also the only one I knew who could stretch a home run into a double. RIP my friend.